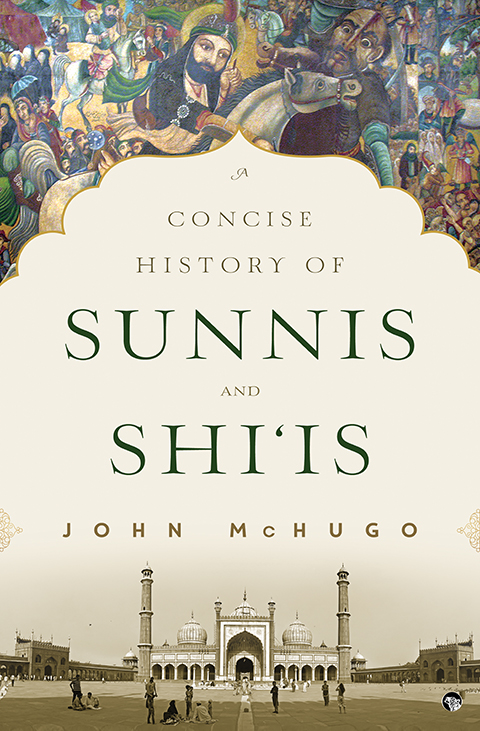 A Concise History of Sunnis and Shi’Is

‘A Concise History of Sunnis and Shi’is is an important corrective … [it] provides the reader not just with all the historical background he or she could want, in an accessible and comprehensible fashion, but also employs this sound knowledge to a clear-headed appraisal of the modern Middle East.’—Times Literary Supplement The 1400-year-old schism between Sunnis and Shi‘is has rarely been as toxic as it is today, feeding wars and communal strife in Syria, Iraq, Yemen, Pakistan, Afghanistan and many other countries, with tensions between Saudi Arabia and Iran escalating. India, too, has not emerged unscathed from this schism, and has witnessed periodic violence between the two sects throughout history. In this richly layered and engrossing account, John McHugo reveals how this great divide occurred. Charting the story of Islam from the lifetime of the Prophet Muhammad to the present day, he describes the conflicts that raged over the succession to the Prophet, how Sunnism and Shi‘ism evolved as different sects during the Abbasid caliphate, and how the rivalry between the empires of the Sunni Ottomans and Shi‘i Safavids contrived to ensure that the split would continue into modern times. Now its full, destructive force has been brought out by the struggle between Saudi Arabia and Iran for the soul of the Muslim world. Definitive, insightful and accessible, A Concise History of Sunnis and Shi‘is shows that there was nothing inevitable about the sectarian conflicts that now disfigure Islam. It is an essential guide to understanding the genesis, development and manipulation of the great schism that for far too many people has come to define Islam and the Muslim world.