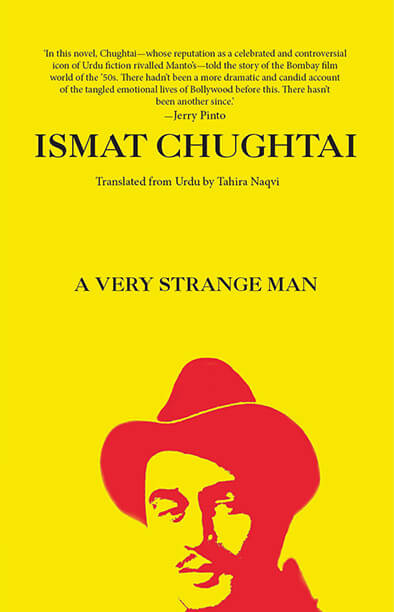 ‘In this novel, Chughtai—whose reputation as a celebrated and controversial icon of Urdu fiction rivalled Manto’s—told the story of the Bombay film world of the ’50s. There hadn’t been a more dramatic and candid account of the tangled emotional lives of Bollywood before this. There hasn’t been another since.’—Jerry Pinto

This brilliant translation of Ismat Chughtai’s original Urdu novel Ajeeb Aadmi is the riveting story of Dharam Dev, the famous actor, director and producer, and his all-consuming and doomed passion for Zarina Jamal, the young dancer from Madras whom he brings to Bombay and transforms into a charismatic actress. He looks on in anguish as his betrayed wife, Mangala, a well-known playback singer, sinks slowly into alcoholism. When Zarina abandons him, he is overwrought and dies of an overdose, friendless and alone.

In an interview, Chughtai described this novel about the Bombay film industry as a story based on the life of a producer-director who killed himself after the dancer he had made into a star left him in the lurch. ‘I go into why he commits suicide,’ she said, ‘why girls run after him and producers like him, and the hell they make for these men and for their wives.’

This irreverent, sharply observed narrative of infatuation and ambition is vintage Chughtai.