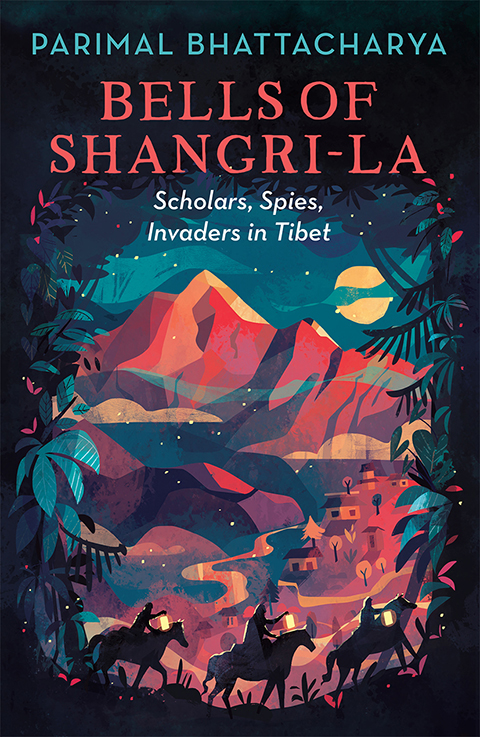 A brilliant work which perfectly captures the thrill and intrigue of espionage and adventure in the high Himalaya. Almost all of the Himalaya had been mapped by the time the Great Game—in which the British and Russian Empires fought for control of Central and Southern Asia—reached its zenith in the latter half of the 19th century. Only Tibet remained unknown and unexplored, zealously guarded and closed off to everyone. Britain sent a number of spies into this forbidden land, disguised as pilgrims and wanderers, outfitted with secret survey equipment and not much else. These intrepid explorers were tasked with collecting topographical knowledge, and information about the culture and customs of Tibet. Among the many who were sent was Kinthup, a tailor who went as a monk’s companion to confirm that the Tsangpo and the Brahmaputra were the same river. In an arduous mission that lasted four years, Kinthup had many adventures—he was even sold as a slave by the monk—before he returned, having succeeded, only to find that the officers who had sent him, and the family he left behind, were all dead. Sarat Chandra Das, a schoolmaster, also went on a clandestine mission. He came back in two years, having compiled extensive data and carrying a trove of ancient manuscripts and documents. He went on to become a renowned Tibetologist and Buddhist scholar. All the people who had helped and hosted him in Tibet were either imprisoned or put to death. Bells of Shangri-La brings to vivid life the journeys and adventures of Kinthup, Sarat Chandra Das and others, including Eric Bailey, an officer who was part of the British invasion of Tibet in 1903, and who later followed in Kinthup’s footsteps to the Tsangpo. Weaving biography with precise historical knowledge, and the memories of his own treks over some of the trails covered by these travellers, Parimal Bhattacharya writes in the great tradition of Peter Hopkirk and Peter Matthiessen to create a sparkling, unprecedented work of non-fiction.