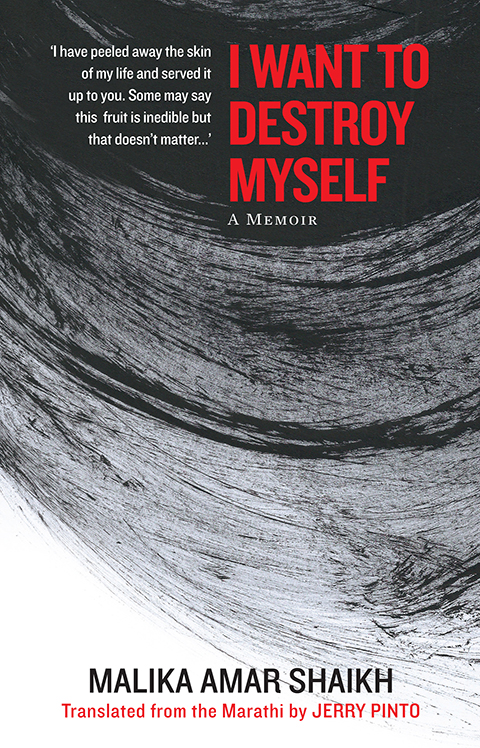 I Want to Destroy Myself

Malika Amar Shaikh was born to Communist-activist parents—her father, Shahir Amar Shaikh, was a trade-union leader and legendary Marathi folk singer. Brought up amidst the hurly-burly of Maharashtrian politics of the 1960s, and exposed to the best and the brightest in Bombay’s cultural scene, Malika was a cosseted child, drawn to poetry and dance. She was barely out of school when she married Namdeo Dhasal, co-founder of the radical Dalit Panthers, and celebrated ‘poet of the underground’ who transformed Marathi poetry with his incendiary verse. After the initial days of love, and the birth of their son, the marriage crumbled. Namdeo was an absent husband and father—given to drink, womanizing and violence—and uninterested in his family. And while he would repent his actions and his negligence, and they would make up, he never stopped or reformed. I Want to Destroy Myself is Malika’s searing, angry account of her life with Dhasal. The unvarnished story of a marriage and of a woman and a writer seeking her space in a man’s world, Malika Amar Shaikh’s autobiography is also a portrait of the Bombay of poets, activists, prostitutes and fighters. There isn’t another memoir in Indian writing as honest and pitiless as this. Published originally in Marathi, it quickly became a sensation and vanished as quickly. Jerry Pinto’s superb translation revives this lost classic and makes it available for the first time in any language other than Marathi.