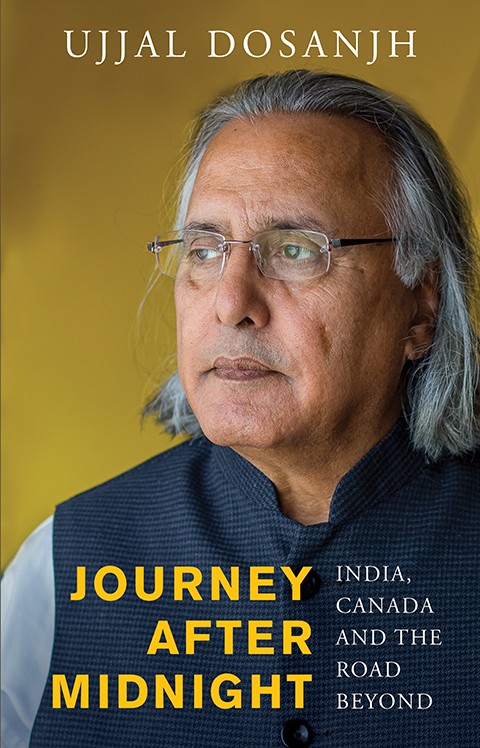 Born in rural Punjab just months before Indian independence, Ujjal Dosanjh emigrated to the UK, alone, when he was eighteen, and spent four years making crayons and shunting trains while he attended night school. Four years later, he moved to Canada, where he worked in a sawmill, eventually earning a law degree, and committed himself to justice for vulnerable communities, including immigrant women, farm workers, and religious, racial and sexual minorities. In 2000, he became the first person of Indian origin to lead a government in the western world when he was elected Premier of British Columbia. Later, he was elected to the Canadian parliament.

Journey After Midnight is the compelling story of a life of rich and varied experience, and also of rare achievement and conviction. With fascinating insight, Ujjal Dosanjh writes about life in rural Punjab in the 1950s and early ’60s; the Indian immigrant experience—from the late nineteenth century to the present day—in the UK and Canada; post-Independence politics in Punjab and the Punjabi diaspora; and the inner workings of the democratic process in Canada, one of the world’s more cosmopolitan and egalitarian nations. He also writes, with unusual candour, about his dual identity as a first-generation immigrant, and the feeling of being a fugitive from the many battles of the land of his birth. And he describes how he has felt compelled to campaign against discriminatory policies of his adopted country, even as he has opposed regressive and extremist tendencies within the Punjabi community. Ujjal Dosanjh’s outspoken views and courageous work against the militant Khalistan movement in the 1980s led to death threats and a vicious physical assault, and he narrowly escaped becoming a victim of the bombing of Air India Flight 182 in 1985. Yet he has remained steadfast in his defence of democracy, human rights and good governance in the two countries that he calls home—Canada and India. His autobiography is an inspiring book for our times.