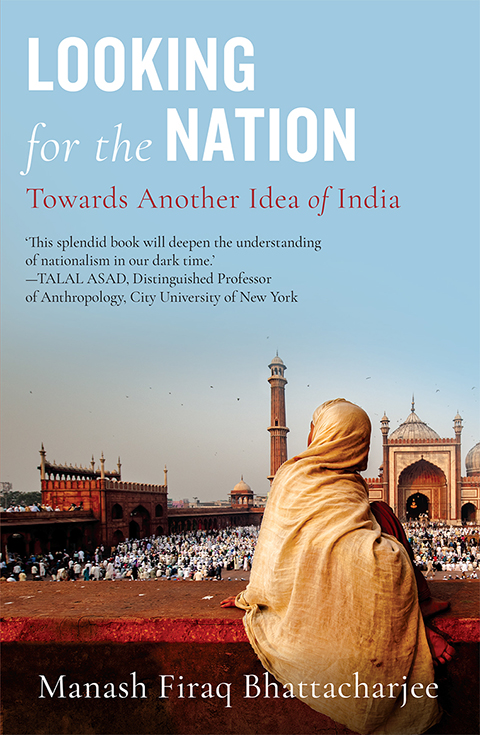 View cart “POW 1971: A Soldier’s Account of the Heroic Battle of Daruchhian” has been added to your cart.

Looking for the Nation

‘This splendid book will deepen the understanding of nationalism in our dark time.’—Talal Asad, Distinguished Professor of Anthropology, City University of New York

This urgent and compelling book comes at a time when toxic nationalism is causing the violent and systematic exclusion of political, religious, sexual and other minorities. Manash Firaq Bhattacharjee reminds us that the modern nation-state, built on fear and an obsession with territory, is often at odds with democracy, justice and fraternity. Critically analyzing the ideas of thinkers who laid the political and ethical grounds of India’s modern identity—Nehru, Ambedkar, Gandhi, Tagore, and Aurobindo—Bhattacharjee shows how we have strayed from their inclusive, diverse visions. He effortlessly weaves personal and intellectual histories, navigating through vast swathes of scholarship, to sketch a radically ethical imagination against the sound and fury of nationalism. He dips into fascinating anecdotes, recalling Ashok Kumar’s friendship with Manto against the shadow of Partition, Ali Sardar Jafri’s Jnanpith Award acceptance speech, and his own encounter with the Sufi qawwal, Fareed Ayaz, among others. Concluding with an enlightening genealogy of modern politics in the light of its present crisis, he exhorts us towards a new politics of trust.

Brimming with thought-provoking analyses and commentary, Looking for the Nation is an extraordinary and illuminating account of India’s politics and culture.