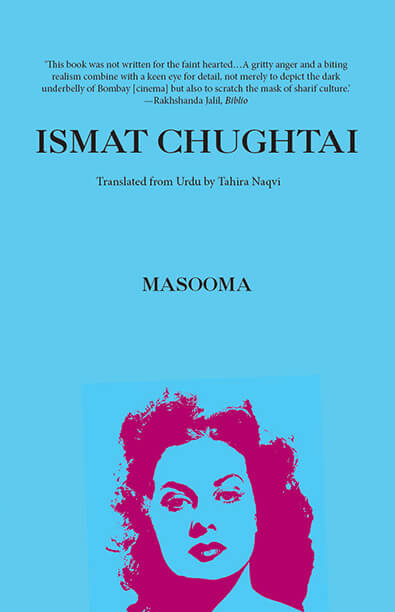 ‘This book was not written for the faint hearted… A gritty anger and a biting realism combine with a keen eye for detail, not merely to depict the dark underbelly of Bombay [cinema] but also to scratch the mask of sharif culture.’—Rakhshanda Jalil, Biblio

Set in the film world of the 1950s, this powerful novel may well be regarded as a work that celebrates all the talents of the legendary Ismat Chughtai—a writer who was brave, frank, provocative, entertaining even when she told the darkest of stories, and impossible to ignore. It traces the journey of Masooma—the innocent one—a young woman from a once wealthy family of Hyderabad who arrives with her mother in Bombay to become a star, but is soon embroiled in a game of exploitation, lust and treachery. She is transformed into Nilofar, a commodity that can be easily bought and sold; and in an effort to survive brutal and rapacious men—producers, actors, pimps and procurers—the mother and daughter descend into a world of corruption and moral decay themselves.