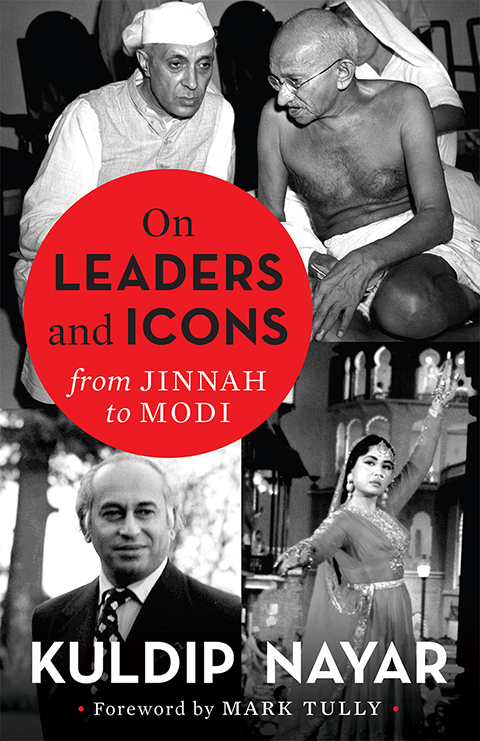 View cart “Out of War” has been added to your cart.

On Leaders and Icons

A legendary journalist’s close encounters and candid profiles of the powerful, the famous, the glamorous and the rich—from Nehru, Jinnah and Sheikh Abdullah to Meena Kumari, Indira Gandhi and Narendra Modi. In this frank and freewheeling narrative, Kuldip Nayar recounts his experiences of meeting many of the men and women who shaped the destiny of pre- and post-Independence India, revealing hitherto unknown aspects of their personalities and shedding light on many key events in the country. Was Nehru a secret dynast who had only his daughter Indira Gandhi in mind as his successor? What role did Nayar himself play in Lal Bahadur Shastri’s election as prime minster after Nehru’s death? Why did Khan Abdul Ghaffar Khan—revered as the Frontier Gandhi—refer to Indians as ‘baniyas’? And who did Zulfikar Ali Bhutto think should be the prime minister of the entire subcontinent—India, Pakistan and Bangladesh? Interspersed with these political reminiscences are delightful accounts of Meena Kumari’s encounter with Shastri on the sets of Pakeezah, and Faiz Ahmed Faiz’s flawless recitation of his great poetry even after consuming a full bottle of Black Dog whiskey. Nayar does not fight shy of expressing his opinions—be it a comparison of JRD and Ratan Tata, advice for Narendra Modi, or reflections on the shape of Indo-Pak relations had Mahatma Gandhi and Mohammed Ali Jinnah lived longer. In this absorbing and entertaining book—which he finished only weeks before he passed away—Kuldip Nayar writes in the grand old tradition of journalists who were not afraid to tell it like it is.