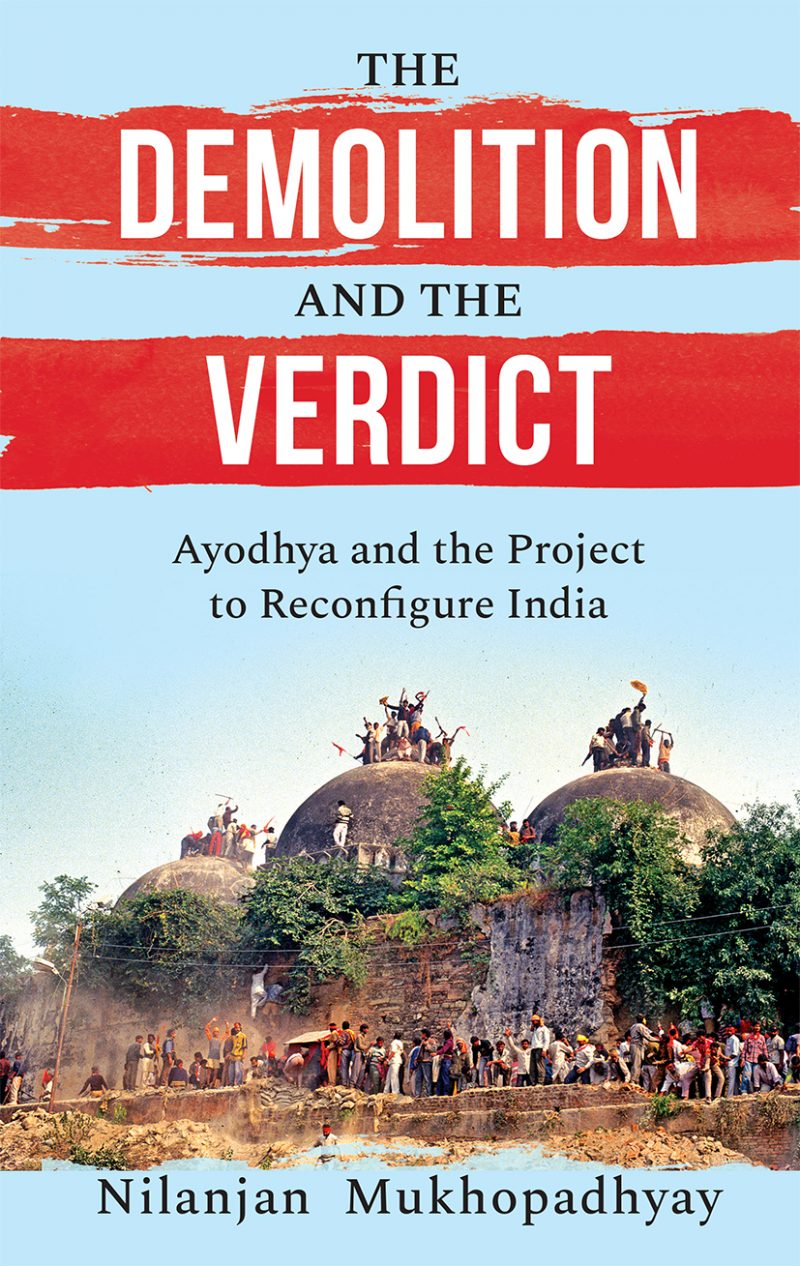 The Demolition and the Verdict: Ayodhya and the Project to Reconfigure India

The Ram temple issue has been at the epicentre of Indian politics since the mid-1980s. The question—’mandir or masjid’—dominated political discourse without an apparent resolution—until the Supreme Court delivered its judgement on 9 November 2019. The 5-member bench in a unanimous verdict gave the ownership of the 2.77 acres of disputed land to the Ram Janmabhoomi trust, and ordered it to build a temple on the site. Though an alternative five acres of land was awarded to the UP Sunni Central Waqf Board to build a mosque to replace the demolished masjid, the scales were clearly tilted in favour of the Hindu petitioners, and as many commentators noted, the judges had in effect legitimized what they themselves had called a ‘criminal act’.

This unprecedented, comprehensive book looks at the key moments in the Ram Janmabhoomi agitation, from the events of 1949, Rajiv Gandhi’s ‘unlocking of the gates’ in 1986, L K Advani’s Rath Yatra in 1990, the demolition of the masjid in 1992, culminating in an in-depth analysis of the 9 November judgement. It gives an objective analysis of the core issue: was the mosque actually built by Babur, and did there exist a Ram temple?

More importantly, the book examines how the Ram Janmabhoomi agitation propelled the BJP from being a marginal political party into becoming the dominant political force today. Mukhopadhyay analyses how politics over the Ram temple secured support for the militant Hindu nationalistic idea and assesses the road ahead for India and the long-term implications of the imminent construction of the Ram temple.