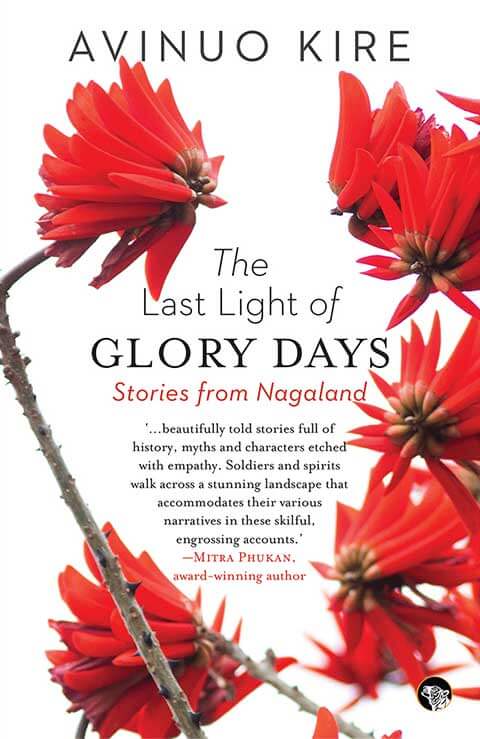 The Last Light of Glory Days

Profoundly compassionate and a masterful storyteller, Avinuo Kire describes a world that is as breathtaking as it is shattering; where military occupation and magic co-exist. ‘The Disturbance’ holds three interconnected stories, set against the backdrop of the Indo-Naga conflict that began in the late 1940s and remains unresolved to this day. Told through the eyes of women from three succeeding generations of the same family, the stories recount how Naga people remained determined to hold on to normalcy even in the face of occupation, state torture, the tearing apart of families and racism. In ‘New Tales from an Old World’, everyday events in the mountains are infused with an element of the supernatural. Naga myths and folk legends slip effortlessly into tales of hard farm life, childhood terrors and adventures in the countryside, love and mourning. In these stories, hunters, predators, Tekhumevi (weretigers), secret potions, shadowy-demons called Kamvüpfhi, strange spirits and enchanted forests, find a place in contemporary Nagaland with remarkable ease.

This volume, both a political declaration and a personal love-note to her land, establishes Avinuo Kire as a writer of formidable skill. The Last Light of Glory Days is an exquisite unravelling of the tired tropes that cast Nagaland as another undistinguishable piece in the ‘Northeast’.