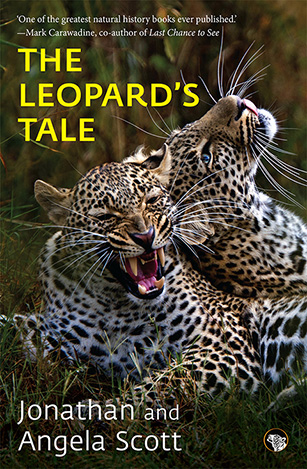 Almost everyone on safari hopes for a glimpse of the charismatic and elusive leopard. This classic account tells the story of the mother leopard as a solitary hunter providing for herself and her offspring.

Chui was the first of a generation of leopards Jonathan Scott watched and photographed in Kenya’s Masai Mara Game Reserve in the 1970s and 1980s. He spent every available moment watching and photographing her and her cubs, Light and Dark, aware that he was only privileged to do so for as long as they chose to remain visible. Nobody has studied leopards more closely or known them more intimately than Jonathan and his wife, Angela Scott. The Scotts record encounters with baboons, hyenas and humans, the hazards facing the cubs as they learn to fend for themselves and enjoy periods of play and relaxation. Some years after Chui disappeared, a young female appeared, Half-Tail. Jonathan and Angela have followed her and her daughter Zawadi, stars of the BBC’s Big Cat Diary, for the past twenty years, bringing the leopards’ story up to date.

Written with unprecedented access and knowledge, and illustrated with stunning photographs, The Leopard’s Tale is a unique and moving portrait of Africa and the most intimate record ever written about the secretive lives of leopards. Written with sensitivity and care, this is an important book that perceptively questions India’s engagement with the people at its margins and should be essential reading for all.