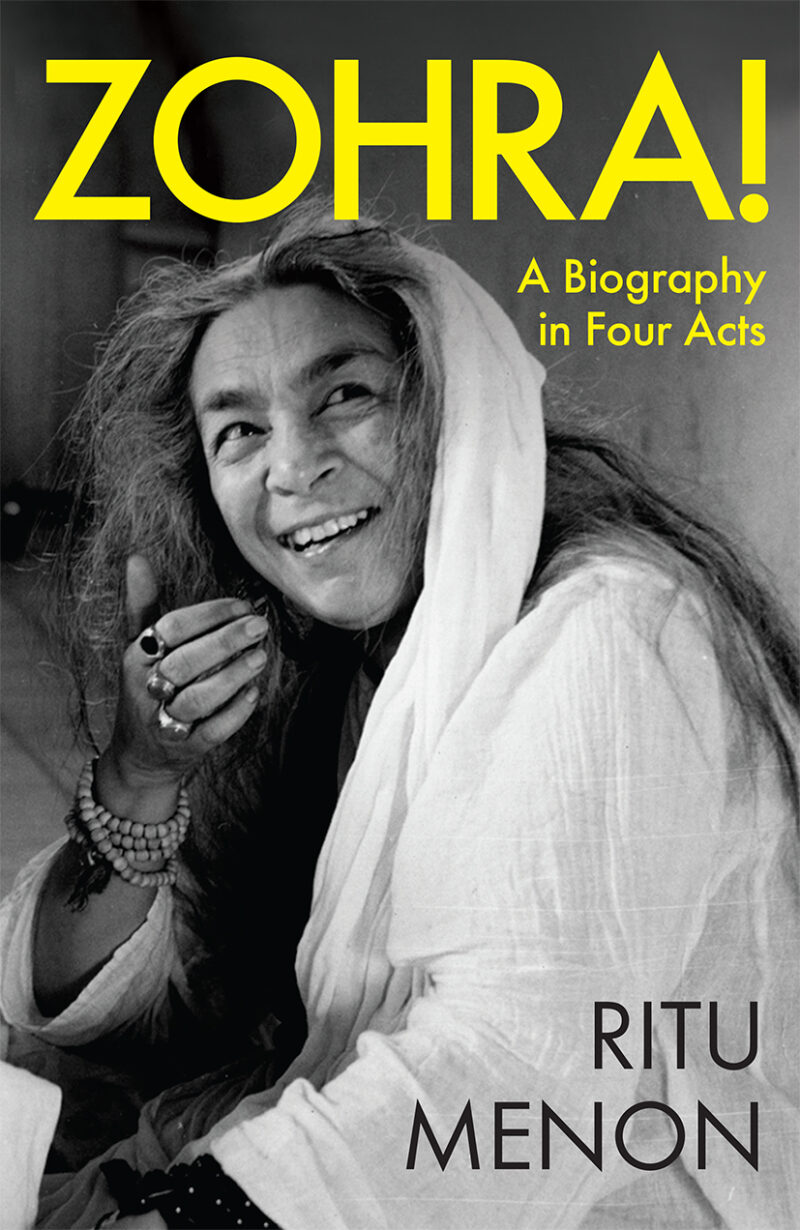 Zohra!: A Biography in Four Acts

Zohra Segal (1912-2014) spanned an Indian century of the arts and became the only woman to make a mark in all the performing arts, with the exception of music, within the country and abroad. This elegant biography traces her remarkable journey.

Born into a family with connections to the nawabs of Rampur, Zohra Mumtazullah Khan chose adventure over tradition when she was eighteen, travelling to Germany to learn modern dance. For the rest of her life, she continued to defy convention and was associated with transformative initiatives in the arts. In 1935, she was recruited by the bohemian genius Uday Shankar and toured the world with his dance troupe, until he disbanded it. In 1943, she set up a unique dance school in Lahore with her husband Kameshwar Segal, eight years her junior. In Bombay two years later, she joined Prithvi Theatres, founded by the legendary Prithviraj Kapoor. For the next fourteen years she travelled across India, taking socially relevant plays directly to the people—through the turbulence of Partition and the heady idealism following Independence, and the tragedy of Kameshwar’s suicide.

In 1962, Zohra went to London on a drama scholarship and stayed on for twenty-five years, becoming part of a tiny band of Asian artistes who would change the complexion of British theatre. From here to her participation in pioneering TV series and films like Doctor Who, Jewel in the Crown and Bhaji on the Beach was a natural progression. Back in India, she was surprised to find Bollywood at her door when she was well past eighty. Playing the unconventional grandmother—by turns charming and crusty—she became a household name.

In this biography of the unlikely star, Ritu Menon helps us understand both the performer and the person, and the times she lived in.

Ritu Menon’s Zohra! does an excellent service to the spirit of Zohra Sehgal.

[T]he book reads like the Arabian Nights, unfolding one story after another, the common thread to all of these being shehzadi Zohra. Each story is about some legendary personality, event or institution. Brief history of all these has come alive through painstaking research into archives, interviews with friends and relatives, and putting together stray references… I would recommend it strongly to those interested not just in the life of Segal but also wanting to know about institutions and individuals who were significant but [whose] role has not really been documented well.

[A] rollercoaster read… The mischievous grand ole lady of Indian theatre has left a legacy behind, and the book manages to showcase her indomitable spirit in full honesty.