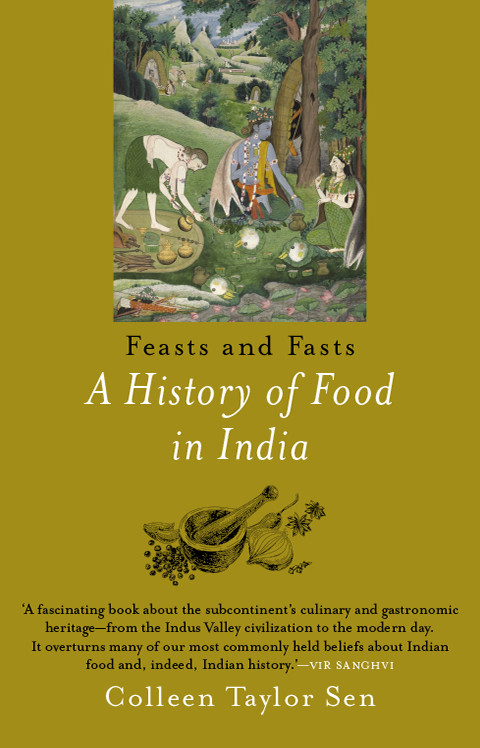 ‘A fascinating book about the subcontinent’s culinary and gastronomic heritage—from the Indus Valley civilization to the modern day. It overturns many of our most commonly held beliefs about Indian food and, indeed, Indian history.’—Vir Sanghvi

India has always been part of the global economy. For thousands of years, the subcontinent was the centre of a vast network of land and sea trade routes—conduits for plants, ingredients, dishes and cooking techniques to and from the rest of the world. Foreign visitors have long marvelled at India’s agricultural bounty, including its ancient indigenous plants, such as lentils, mangoes, turmeric and pepper, all of which have been central to the Indian diet for thousands of years. Today, Indian food in its many incarnations has become a world cuisine. This reflects an increased awareness of the virtues of a traditional Indian diet, especially the centrality of fruits, vegetables and grains and the extensive use of spices, the benefits of which have been confirmed by modern science. Yet what is it that makes Indian food so recognizably Indian, and how did it get that way?

Feasts and Fasts: A History of Food in India is an exploration of Indian cuisine in the context of the country’s religious, moral, social and philosophical development. It addresses topics such as dietary prescriptions and proscriptions, the origins of vegetarianism, culinary borrowings and innovations, the use of spices and the inseparable links between diet, health and medicine. It also looks at special foods for festivals, street foods and the splendour of Mughal feasts. This lavishly illustrated book gives a mouth-watering tour of India’s regional cuisines, containing numerous recipes to interest and excite readers.