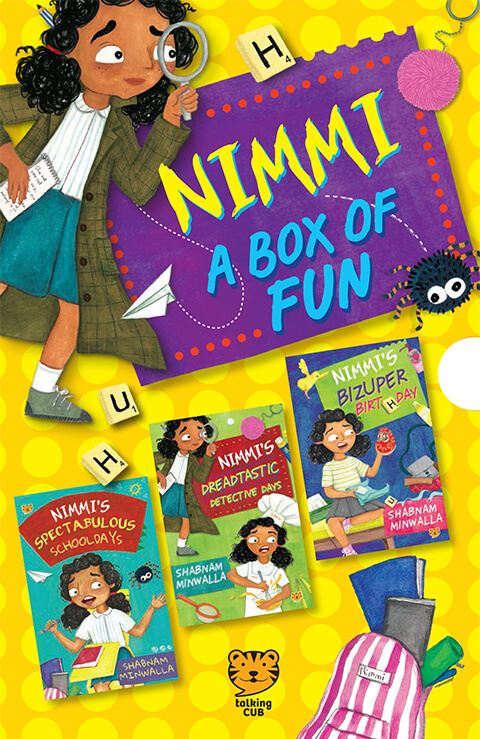 Nimmi: A Box of Fun

Eleven-year-old Nimmi Daruwala does not like her last name at all; but loves inventing utterly unusual words. Her best friend Sophia is now part of mean girl Alisha Dubash’s Evil Threevils, and the new drama teacher Miss Aatmaja has branded her the Troublemaker of Grade 6! But she finds unlikely friends by her side in the class nerds Diya and Kavya and the mysterious new student from America, Kabir. Join Nimmi as she gets into all sorts of adventures that will leave you guffawing chortling=gaffortling. Nimmi’s Spectabulous Schooldays : Will Grade 6 be as spectacular fabulous=spectabulous as Nimmi thinks it will be? Nimmi’s Dreadtastic Detective Days: Time for Nimmi to have a dreadful fantastic=dreadtastic adventure as she learns to cook and solves a very mysterious mystery! Nimmi’s Bizuper Birthday: A bizarre super=bizuper twelfth birthday awaits Nimmi!