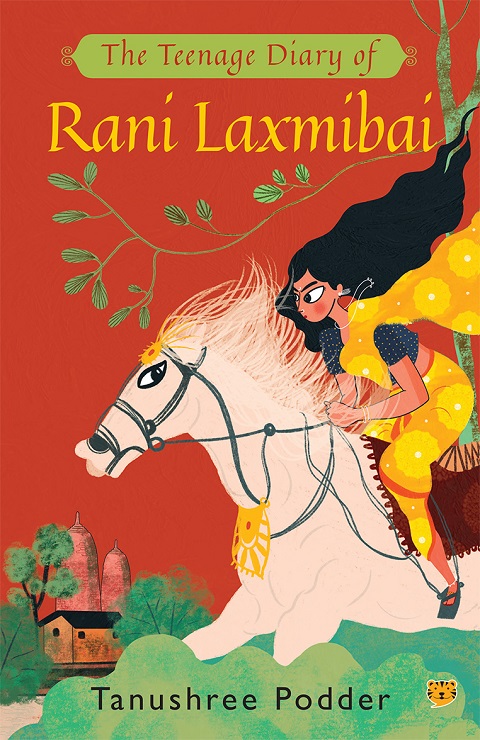 The Teenage Diary of Rani Laxmibai

Manikarnika, a poor priest’s daughter, grew up in the small town of Bithoor, at the court of the exiled Peshwa of Poona. Brave, spirited and highly intelligent, she went on to become Rani Laxmibai, the legendary warrior-queen of Jhansi. In this fictional diary, we find out about Manikarnika’s eventful teenage years, and how she went from being an ordinary girl to a proud and fearless leader. She writes about her training in horse-riding, swordfighting and other physical arts that made her stronger and fitter than most boys. She excels in her studies, and knows how to speak her mind. At the age of thirteen, when she is married to Gangadhar Rao, the much-older king of Jhansi, she embraces the role of a queen. Clever and determined, she begins to rule Jhansi alongside the king. But when, in 1847, the British start hatching plans to take over the kingdom, Laxmibai knows she will have to fight for all that she holds beloved. A gripping blend of history and fiction, this book is a fascinating and inspiring portrait of the young Laxmibai, the extraordinary statesperson and fighter whom India has never forgotten.