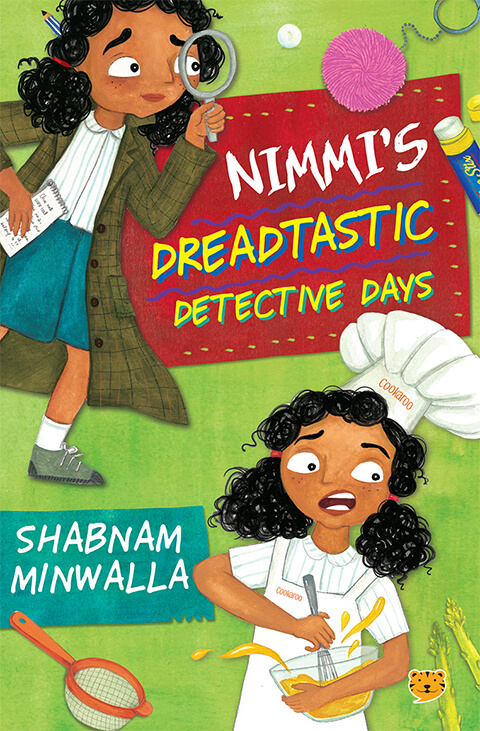 Nimmi Daruwala is back to school after a week of absence, thanks to some awful green-coloured jelly she ate, and it’s time for a dreadful fantastic=dreadtastic adventure! While Nimmi was away, Principal Bakshi had two new ideas: beanbags for each class, and Cookaroo, a cooking competition in the school. But the beanbags in Nimmi’s class have burst and no one knows who did it; and Nimmi can only just about boil an egg. To top it all, Ms Atmaja is as ghastly as ever; and Sophia is now part of mean girl Alisha Dubash’s Evil Threevils. But Nimmi finds unlikely friends by her side in the class nerds Diya and Kavya;and a cooking partner in the mysterious new student from America, Kabir.

Will Nimmi and Kabir be able to present a decent dish at Cookaroo? And more importantly, will Nimmi be able to fulfil her ambition of becoming a detective and crack the case of the burst beanbag? Full of twists and turns Nimmi’s Dreadtastic Detective Days is so funny that it will have you guffawing chortling=gaffortling.