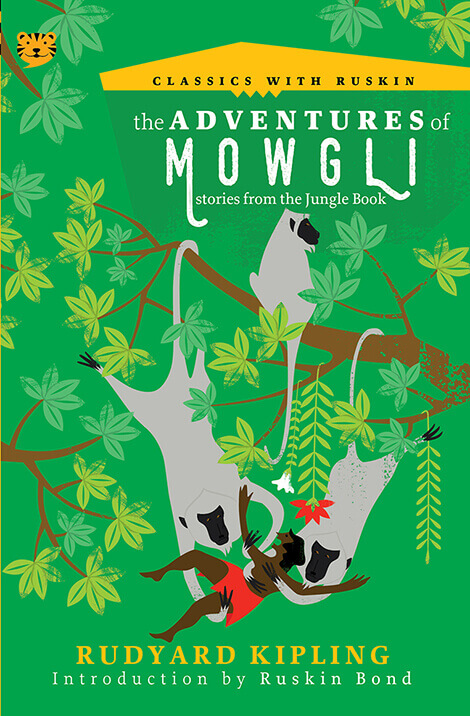 The Adventures of Mowgli

A masterpiece of world literature—the exhilarating adventures of the boy who lived with wolves. Mowgli is found abandoned in the jungle by Father Wolf who takes him to his pack. The baby boy becomes a part of the wolf pack; he grows up and learns to live like any other animal in the jungle, playing with his wolf brothers and sisters and his friends Bagheera and Baloo. But Shere Khan the tiger cannot bear the thought of a human living in the jungle among them and is determined to get the better of Mowgli. Will the ‘man-cub’ accept defeat and go away, or will he fight for his place in the forest? Rudyard Kipling’s immortal stories in The Jungle Book bring to life the forests and animals of India and the thrilling adventures of Mowgli have captivated the imagination of readers the world over. Fall under their spell once again in this edition, introduced affectionately by Ruskin Bond.