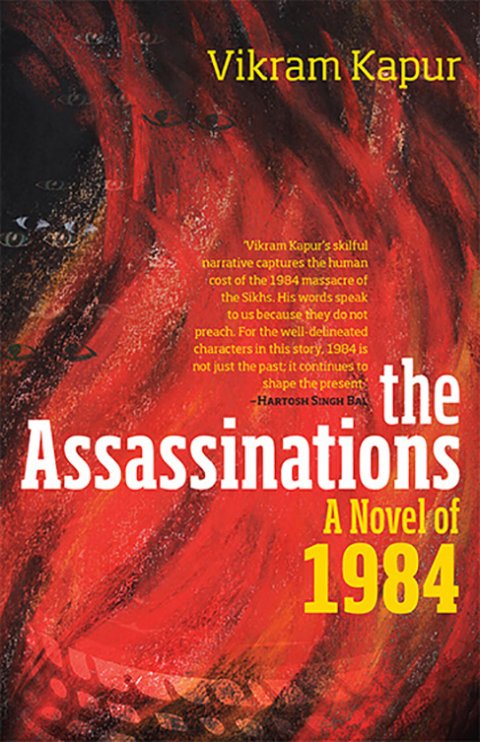 To Deepa, Prem gave no hint of the churning inside him. In front of her he affected a cheery demeanour, indulging her in her plans for their honeymoon, which she kept revising. It was a welcome escape from the mayhem surrounding him. There were occasions where the pretence got to him and a voice rose inside, urging him to tell her everything. He silenced it. Deepa was a Hindu and would never understand. Until then, he had never thought of her as different.

Prem Kohli, the handsome, ambitious son of a Sikh refugee, has the world at his feet. A glittering career lies ahead, and he has just got engaged to his college girlfriend, Deepa, overcoming her parents’ reservations about Hindus and Sikhs intermarrying. But, while Deepa remains occupied with their marriage plans, the Indian Army enters the Golden Temple. Prem cannot contain his rising anger at the desecration of the shrine and at the people around him who shrug it off as ‘teaching a lesson’ to the Sikhs. He begins growing out his hair and beard, and visiting the gurudwara regularly, where he learns about the militancy in Punjab. Matters come to a head a few months later, when Prime Minister Indira Gandhi is assassinated and anti-Sikh riots break out all over Delhi, as Prem is caught up in a vortex of violence and hate that threatens to engulf all of their lives.

In The Assassinations, Vikram Kapur writes with sensitivity about a topic that still holds painful memories, skilfully telling the story of how ordinary lives are distorted by the forces of history. At the same time, he masterfully evokes the New Delhi of the 1980s, with its wide, leafy roads masking the precariousness of its Punjabi middle class. This memorable book captures the turbulence of those times, while chronicling the ways in which continuing to live means coming to terms with many kinds of deaths.