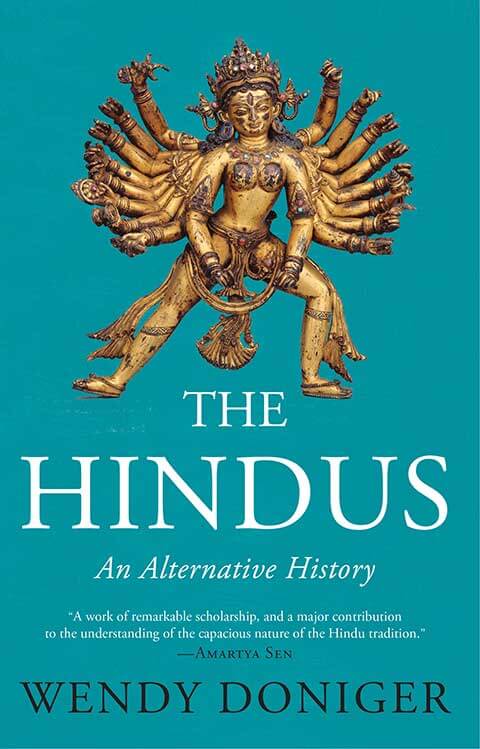 Spanning over six millennia, this monumental and thoroughly engrossing narrative account of Indian history and myth offers a new way of understanding one of the world’s oldest and most fascinating religions.

Hinduism does not lend itself easily to a strictly chronological account: many of its texts cannot be reliably dated even within a century; its central tenets—karma and dharma, to name only two—arise at particular moments in Indian history and often differ in each era, between genders, and from region to region, caste to caste; and what is shared among Hindus is overwhelmingly outnumbered by the things that are unique to one group or another. Yet the greatness of Hinduism—its vitality, earthiness and vividness—lies precisely in many of these idiosyncratic qualities that continue to inspire debate and devotion today.

With immense skill Wendy Doniger illuminates those moments within the Hindu tradition that resist forces that would standardize or establish a canon. She brings a multiplicity of actors and stories to the stage to show how brilliant, creative—and often subversive—thinkers have kept Hinduism alive and dynamic through the ages. She reveals how Sanskrit and vernacular sources are rich in knowledge of and compassion toward women and the lower castes; how they debate tensions surrounding ritual, faith, violence and tolerance; and how animals are key to important shifts in attitudes toward different social classes.

Praise
‘A work of remarkable scholarship, and a major contribution to the understanding of the capacious nature of the Hindu tradition.’—Amartya Sen

‘[A] masterpiece…There is no book like Doniger’s which so meticulously and faithfully interprets the Hindu spirit, which clearly distinguishes itself for its catholicity and comprehensiveness of approach.’—A.K. Bhattacharya, Business Standard

‘[The Hindus] is no ordinary trek through inscriptions and chronicles. It is more like a psychedelic pilgrimage to sites, ritual moments, and beloved texts scattered over three millennia.’—David Shulman, The New York Review of Books

‘Anyone seriously concerned with Hinduism in the contemporary world will be well advised to read, enjoy, engage and even argue with [this] book.’—A.R. Venkatachalapathy, The Hindu

‘[A] monumental work that is awe-inspiring and humbling in its scale.’—Devdutt Pattanaik, Mid-Day

‘[An] amazingly breathtaking book in its sweep. Indeed, before this, one would have thought such a book could never be written…She writes with sympathy and empathy and with humour and wit. [The Hindus] is a great book.’—Bibek Debroy, The Indian Express