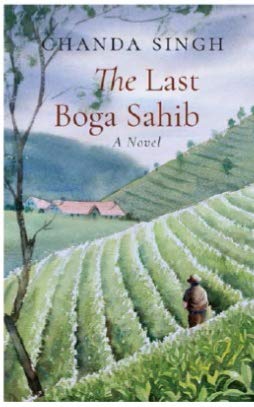 The Last Boga Sahib: A Novel

In the misty tea gardens of 1960s’ Assam, David Barrow found himself increasingly at odds with the rest of the European planter community?the other boga sahibs?all returning to the West. For the solitary and reserved David, raised as the third generation of a British tea-planting family in Silchar, home could never be too far away from these beloved slopes.

David’s estate, Lombai, like the other Cachar gardens, was governed by ‘dastoor’?the unwritten code of conduct and behaviour within the tight-knit community. This was reflected even in David’s various relationships: marriage with the feisty Iris, whose blinkered British ideas of India were challenged by the realities of life in the north-east; friendship with Robert Crossley, whose hearty embrace of life was impeded by an insidious cancer; the intricate reciprocal loyalty between him and his head-bearer Abdul; and a blossoming connection with his earnest neighbour, doctor April. Throughout, David’s priority remained Lombai?the estate, its people, and its crops?and an unflinching adherence to dastoor.

Drawing from her own extensive experiences in Assamese estates, Chanda Singh paints a vivid picture of that complex tea-garden ecosystem as it used to be. The Last Boga Sahib is an immersive story about a British man at home in India, and yet distant from it; capturing with rare sensitivity a way of life that is now lost forever.