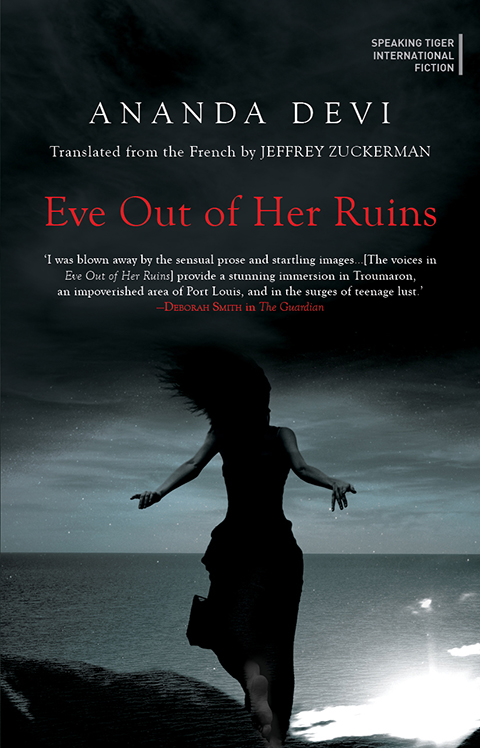 Eve Out of Her Ruins

With brutal honesty and poetic urgency, Ananda Devi relates the tale of four young Mauritians trapped in their country’s endless cycle of fear and violence: Eve, whose body is her only weapon and source of power; Savita, Eve's best friend, the only one who loves Eve without self-interest, and who has plans to leave but will not go alone; Saadiq, gifted would-be poet, inspired by Rimbaud, in love with Eve; Clélio, belligerent rebel, waiting without hope for his brother to send for him from France.

Eve Out of Her Ruins is a heartbreaking look at the dark corners of the island nation of Mauritius that tourists never see, and a poignant exploration of the construction of personhood at the margins of society. Awarded the prestigious Prix des cinq continents upon publication as the best book written in French outside of France, Eve Out of Her Ruins is a harrowing account of the violent reality of life in her native country by the figurehead of Mauritian literature.