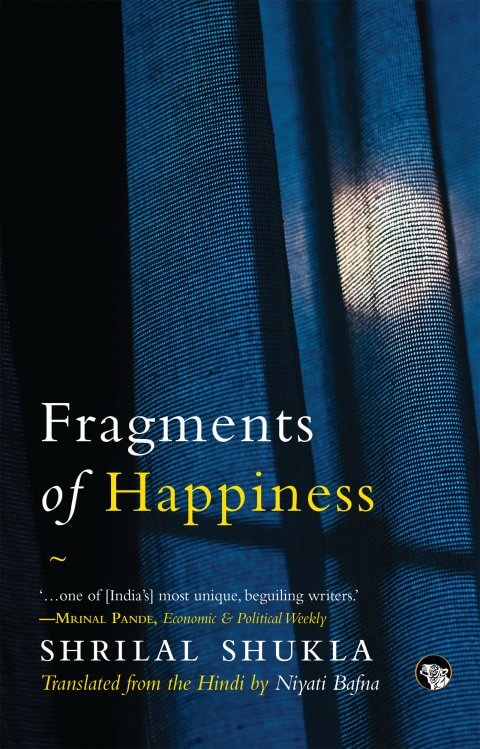 When Durgadas, an ordinary businessman from Delhi, is arrested for murder in Lucknow, the lives of the people he left behind?his family and friends?unravel in unexpected ways. As they fight to prove his innocence and deal with the upheaval in their lives, they find themselves turning against each other.

Taranath, his eldest son, searches for meaning and strength in religion and ritual when the law seems to fail him. Rajnath, his younger son, finds his marriage with his wife, Neela, coming undone when they decide against having a child until Durgadas is acquitted. His youngest daughter, Chaand, struggles with her attraction towards Vimal, the much older family friend and Durgadas’s confidant. Vimal’s integrity and Chaand’s loyalties are tested as people around them try to drive them apart.

Fragments of Happiness follows the tumult of ordinary people learning about their own power and helplessness in the face of extraordinary circumstances. Originally published in Hindi in 1973 as Seemayein Tootati Hain?five years after the cult classic Raag Darbari?with this novel Shrilal Shukla proves himself to be as great a master of tragedy as he was of satire.