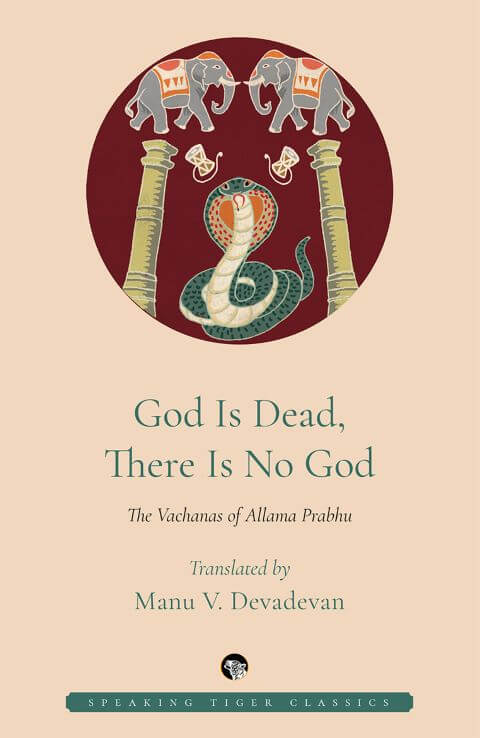 God Is Dead, There Is No God

Twelfth-century saint-poet Allama Prabhu, along with Basavanna and Akka Mahadevi, was a founder of the Virashaiva or Lingayat movement in Karnataka. During a period of intense religious ferment, these Sharanas?proteges of Shiva?aimed to dismantle religious hierarchy and bigotry. They rebelled against exploitation based on class, caste and gender. And the form of expression they chose was the vachana?poetic compositions in everyday Kannada, which shook 12-century Karnataka out of slumber. Today, with their focus on devotion towards Shiva through love, labour and dedication, they form an integral part of the Bhakti tradition as well as India’s cultural heritage.

The vachanas of Allama Prabhu symbolize his journey of freeing himself from worldly attachments and bondages. From gazing at Shiva from a distance, to uniting with Him, to declaring He doesn’t exist and to finally realizing that He should be understood as a dynamic void: Allama covers a wide arc in his quest for spiritual enlightenment. Rooted firmly in the idea of experiential reality, his vachanas are passionate and filled with yearning; critical and brazen. Translated with great skill and fluidity by Manu Devadevan, God Is Dead, There Is No God is a treat for modern-day seekers as well as poetry lovers.