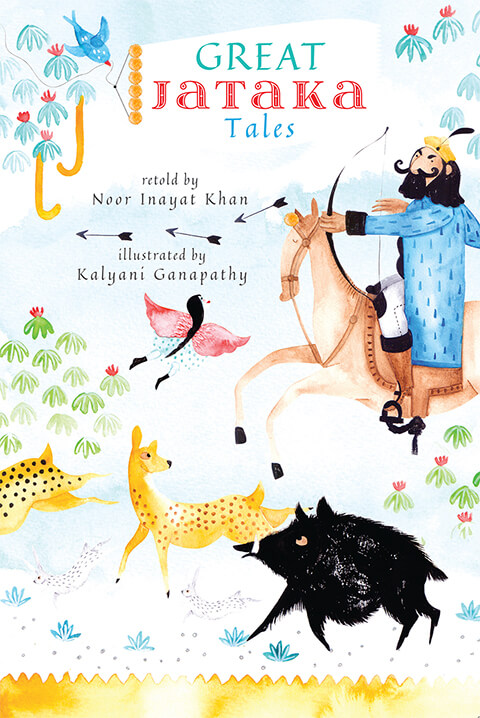 Brilliant retellings of some of the world’s and India’s earliest stories, beloved by children and adults alike for over 2,000 years. In a small forest, a hare convinces his friends—a monkey, a jackal and a water-weasel—to share their food with the hungry. But when the hare finds nothing to eat, and a fairy disguised as an old man comes asking for food, what does the hare do? The king of monkeys asks his tribe to keep the delicious mangoes in their forest a secret from humans. But what happens when Brhmadatta, the king of humans, discovers the fruit and wants more of it? A king spots the mysterious and beautiful deer, Sarabha, deep in the woods. He wishes to capture it but falls into a deep chasm on the way. Will Sarabha rescue him? The twenty stories in Great Jataka Tales, retold by the remarkable writer Noor Inayat Khan, have been drawn from the Buddha’s former lives and the legends around him. These tales bring alive a world from long, long ago: a world that shows the importance of courage, compassion, non-violence and love. Written in simple, dramatic prose and beautifully illustrated in full colour, these magical stories will enchant a new generation of readers.