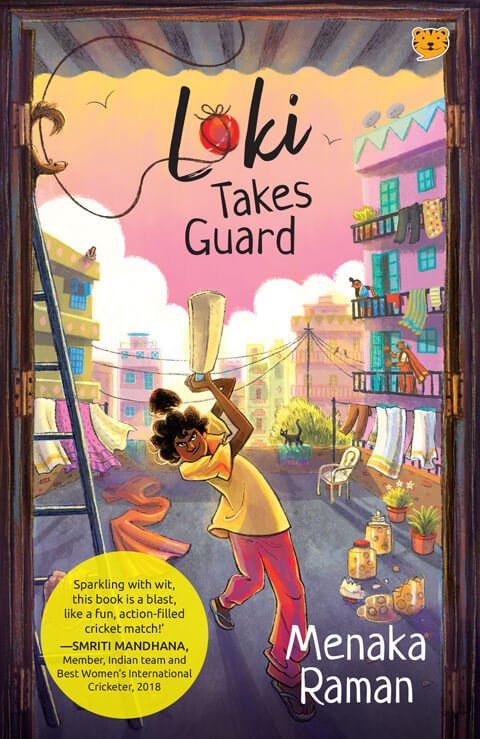 Eleven-year-old Loki—Lokanayaki Shanmugam—is cricket crazy. She wants to play on the local cricket league team, The Temple Street Tankers. But they have a ridiculous ‘boys only’ rule that they aren’t willing to change for a girl. And her parents seem to be too involved with her brother’s studies to bother with Loki. So she takes matters into her own hands and begins a petition to fight for her right to play cricket. But very few people are willing to sign this petition—even her parents refuse. Nobody takes much notice till anonymous Twitter sensation @_poetic_paati takes up Loki’s cause. Soon, Loki’s petition goes viral and the entire nation is rooting for her. But will her parents, the team, and the guardians of tradition change their minds? And more importantly, if they do, will Loki be able to deliver the runs?

Witty and fast-paced, Loki Takes Guard is as much a story about the joy of sports as it is about breaking outdated rules and standing up for oneself.