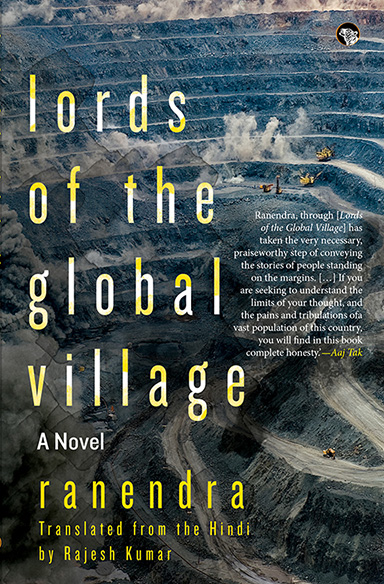 Lords of the Global Village

‘The Americas were generous enough to preserve the literatures and ruins of the Incas, the Mayans, the Aztecs and the Native Americans in a number of museums. But the self-proclaimed liberal and tolerant Indian culture had spared not even that much space for the Asurs. They existed only as vestiges of myths.’

After a long period of unemployment, Master Sahib is appointed to a school for tribal girls in rural Jharkhand—on a remote plateau, near open bauxite mines. He has heard of the Asur tribe who live there—that they are primitive, crude giants, or perhaps even the demons of myth. Master Sahib settles into an uneasy routine, prejudiced against his neighbours and surroundings. But when Lalchan Asur, the village chief’s son, appears in his room, battered and bloody, Master Sahib must perforce get involved with the community around him. As he makes friends—with Lalchan and his brothers, Rumjhum Babu, Doctor Ram Kumar, Lalita and Etwari—Master Sahib finds that the Asurs are desperately poor. He sees that they are being further impoverished by mine owners and opportunistic godmen, hungry to exploit the land and women. When the Asurs decide to strike against the mine owners, Master Sahib realizes that he is caught up in the age-old battle between the Asurs and the Devas—and that this time, the Devas are the Lords of global capital, remote from petty human concerns.

Ranendra’s masterful parable brings alive the real plight of tribal communities today, their very existence threatened by a nexus of corporate rapacity and the hunger for development. Lords of the Global Village, with its spare prose and memorable characters, is a legend for and of our times.