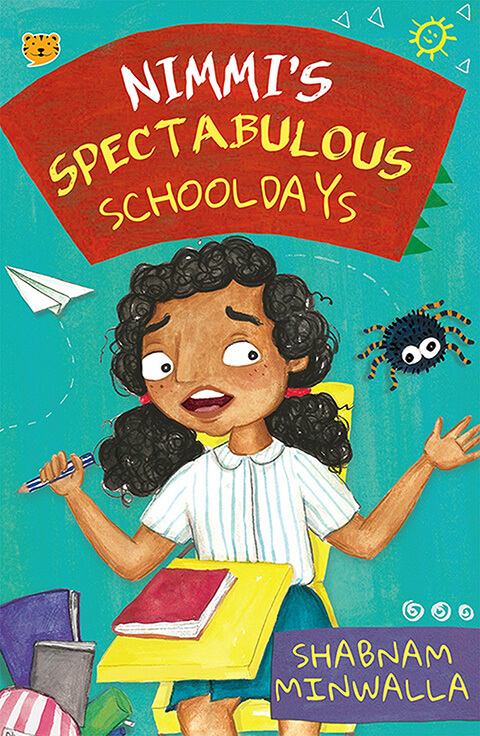 Eleven-year-old Nimmi Daruwala does not like her last name at all, nor Sumit, her chief tormentor and general pie-faced classmate. But she loves drama, Miss Tanvi, her drama teacher—and, most of all, inventing utterly unusual words. On the first day of Grade 6, Nimmi wakes up thinking it is going to be a spectacular fabulous=spectabulous year. But starting with an ill-fitting skort, nothing goes right for her. Sumit is suddenly on the same school bus as her. Her best friend Sophia is talking in a strange singsong accent and is friendly with mean girl Alisha Dubash. And Nimmi’s favourite drama teacher has taken the year off. In her place there is the dull, pale-eyed Miss Aatmaja, who brands Nimmi the Troublemaker of Grade 6!

With jumping rubber spiders, tumbling candy coloured school furniture, a principal with one too many bright ideas, and a birthday party where almost everything goes wrong, Nimmi’s Spectabulous Schooldays is hilarious and dramatic and a story every schoolchild will relate to.