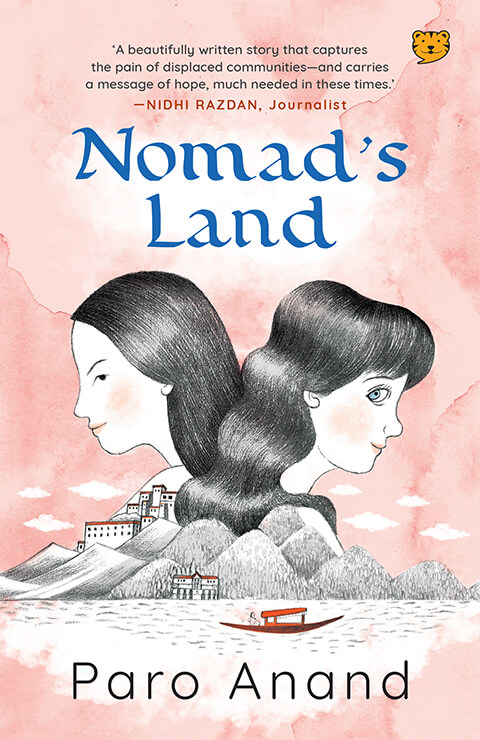 Shanna and Pema, two girls growing up in a big city, meet at their new school. They come from displaced communities—people who had to flee their land to escape persecution. Shanna is a Kashmiri Pandit, and Pema comes from a nomadic tribe whose people called the high mountains beyond India their home. Shanna is dealing with the aftermath of a violent act that has forever changed her life. Pema was born in the city, but all around her are people who cling to the old customs. As Shanna and Pema become friends, they get to understand their own and each other’s stories. They discover new wells of strength within themselves and start to deal with the sadness and confusion of the adults around them. But when they embark on a plan that is as brave as it is audacious, will the forces of history allow them to succeed? Searing and tender, Nomad’s Land talks about the effects of terrorism and displacement, and about the healing powers of hope, friendship and reconciliation.