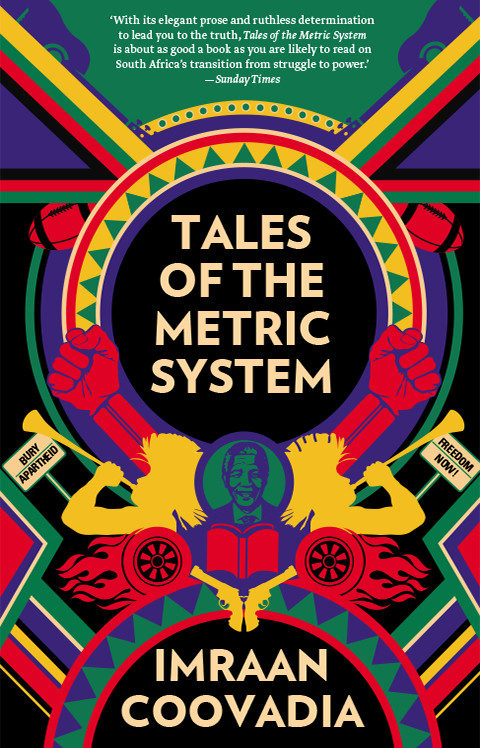 Tales of the Metric System

‘With its elegant prose and ruthless determination to lead you to the truth, Tales of the Metric System is about as good a book as you are likely to read on South Africa’s transition from struggle to power.’—Sunday Times

In ten chapters that describe ten days spread over four decades—from 1970 to 2010—this utterly compelling novel gives us a rich and intimate history of South Africa. From a Natal boarding school in the seventies and Soviet spies in London in the eighties to the 1995 Rugby World Cup final in Johannesburg and intrigue in the Union Buildings, the seat of the South African government, Tales of the Metric System shows how events that are seemingly unrelated but in fact interconnected in many different ways send tidal waves through the lives of ordinary and extraordinary South Africans alike.

An unforgettable cast of characters includes Ann, who is trying to protect her husband and son in 1970; Victor, whose search for a missing document in 1973 will change his life forever; guitarist Yash, who takes his boy to the beach on Boxing Day in 1979 to meet his revolutionary cousin; and Shanti, who loses her cellphone and falls in love twice on a lucky afternoon in 2010. Playwrights, politicians, philosophers and thieves, all caught in their individual stories, burst from the pages of Tales of the Metric System as it measures modern South Africa’s story in its own remarkable units of imagination.