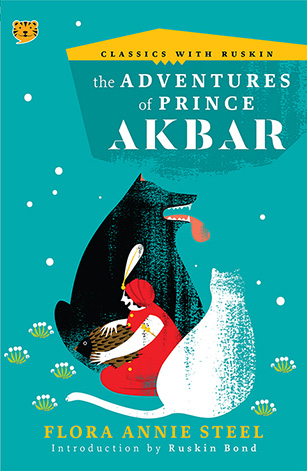 The Adventures of Prince Akbar

The classic fictionalized story of a little boy who lived to be perhaps the greatest king this world has ever seen. Long before he entered history books as Emperor Akbar, the Great Mughal, Prince Akbar was a brave young boy, growing up alone while his father Humayun was far away, fighting to win back the throne of Hindustan. But he had his faithful companions, a fierce black sheepdog and a clever snow-white cat, to protect him from demons and other dangers. Join him in The Adventures of Prince Akbar as he gets entangled in conspiracies and battles, foils his wicked uncle’s attempts to kidnap him and playfully chases a bear over the snow, into a hidden green valley. A timeless classic read by children across the years and countries, The Adventures of Prince Akbar comes now with an introduction by Ruskin Bond and will be a book to treasure for a lifetime.