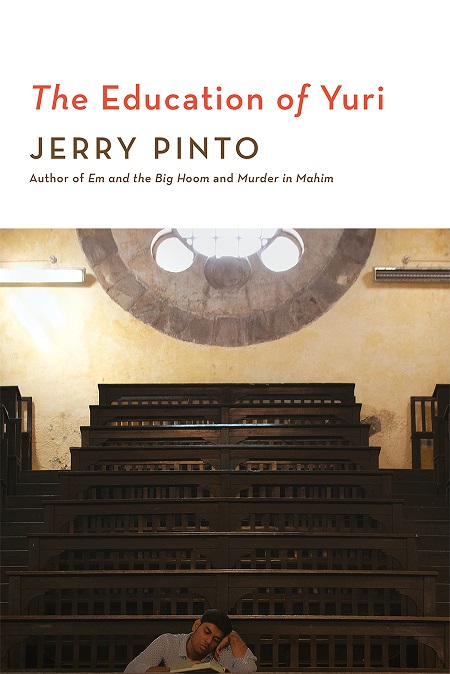 The Education of Yuri

‘We are born alone and we die alone. In between, we reach out to other people.’

At fifteen, Yuri Fonseca of downmarket Mahim—sometimes awkward, sometimes lonely—gets lucky. He finds a friend, Muzammil Merchant of upmarket Pedder Road. Then he loses him, and almost finds him again. In between, he learns something about jealousy, shame, desire and guilt. He stumbles into his first sexual encounter, and he thinks he has fallen in love. He understands how one can hurt and be hurt, and how one can give and find unexplained happiness. He struggles to write poetry, worries if he will ever get and hold a job, and flirts briefly with Naxalism.

Over five years in the strange crucible of Elphinstone College in 1980s’ Bombay—the vast and throbbing city that both claims and disowns him—Yuri tries to make sense of himself. And we are drawn, effortlessly and completely, into the spell of his story.

The Education of Yuri proves yet again that few authors anywhere write with greater warmth, wit and compassion about human emotions and relationships than Jerry Pinto. This glorious novel is among the best ever written on urban adolescence in India.