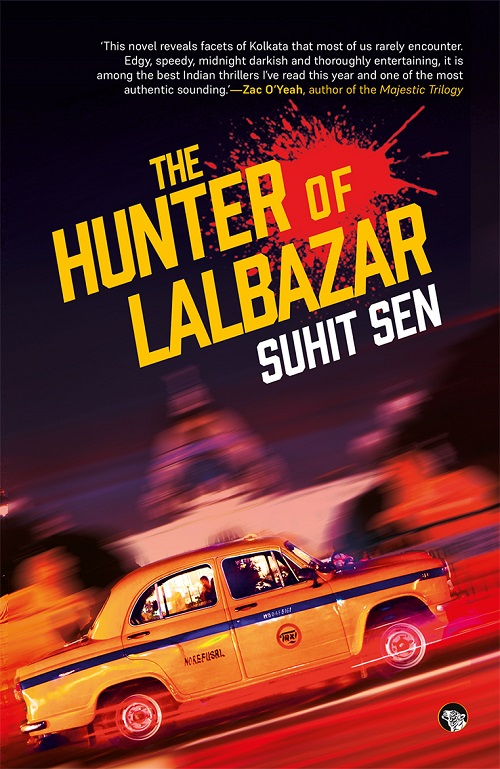 The Hunter of Lalbazar

The elite investigation unit of the Calcutta Police, headed by Joint Commissioner of Police Tanya Samanta, is busy handling a hooch-death case. But they are soon summoned to investigate a series of horrific crimes that have stunned the city. A brutally assaulted woman is found on the banks of the lake in Minto Park. A second woman wakes up at dawn in Survey Park after suffering from a lethal blow to the head, her memory hazy. A young female scholar, a visitor to the city, is raped, badly beaten and left for dead at the Dhakuria Lake premises.

Tanya and her team are determined to hunt down the criminal. The chase spans international borders, but he manages to escape. After lying low for a few months, he returns to the city to attack a woman so violently, she almost dies. Tanya hatches a fool-proof plan to nail him. But will she be able to win the game of cat and mouse before time runs out?

The Hunter of Lalbazar captures the dark shadows haunting the streets of Calcutta. Corrupt cops and scheming politicians control the city’s underbelly. Murder and gore, extortion and blackmail—nothing is off limits. As the chase for the criminal heats up, Tanya and her team are pushed to the limit and called upon to confront the sinister forces within their own ranks.

Tightly plotted, crackling with suspense, this hardboiled thriller also delves deep into the human heart and the evil that lurks within.