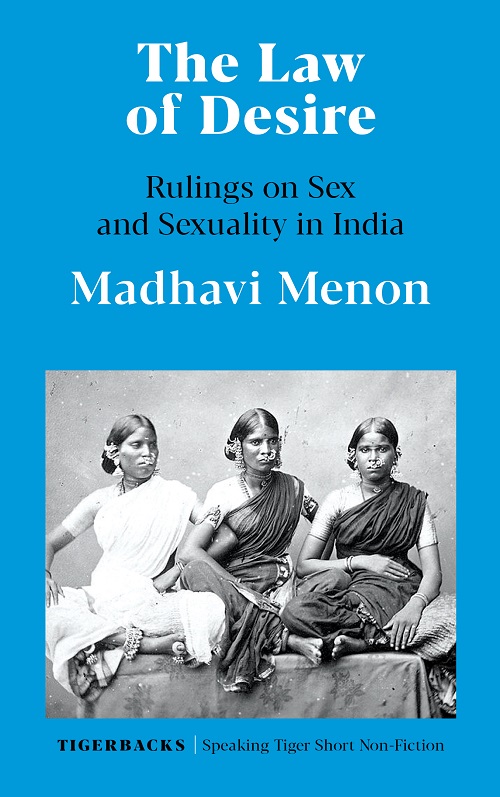 The Law of Desire: Rulings on Sex and Sexuality in India

Can a woman choose whom to marry if her father disapproves of the match? Does sex remain sex when it becomes work? Can a man become a woman because he feels like one? Is it the law’s task to ensure heterosexuality? Does reproduction need to be regulated?

The State attempts, with law as its instrument, to answer these questions for us, through legislation and, when contested, through court judgments. This brilliantly insightful and superbly argued book calls into serious question the wisdom?indeed, the intent?of our lawmakers and the judiciary. Though India’s laws and courts claim to know what they mean when they declare an expression of desire immoral or criminal, obscene or unnatural, upon inquiry, they turn out to be building on very weak and often casteist and patriarchal assumptions. Thus we have the law struggling to ‘rescue’ ‘fallen women’, for sex work cannot be work, but a sign of immorality; a Supreme Court judge can exonerate the artist M.F. Husain on charges of obscenity, but also claim that ‘obscenity lies in the eyes of the beholder’, leaving us wondering how, then, the law can ever define what’s obscene; and while a court may declare that the ‘third gender’ has fundamental rights, no one really knows what fundamental rights have to do with gender in the first place.

Teacher and queer theorist Madhavi Menon?author of Infinite Variety, a celebrated study of desire in India?shows us the ‘conundrums and paradoxes’ that result when the law is entangled with sex and sexuality?and why we ‘need to play with, rather than stay with, the Law of Desire’.