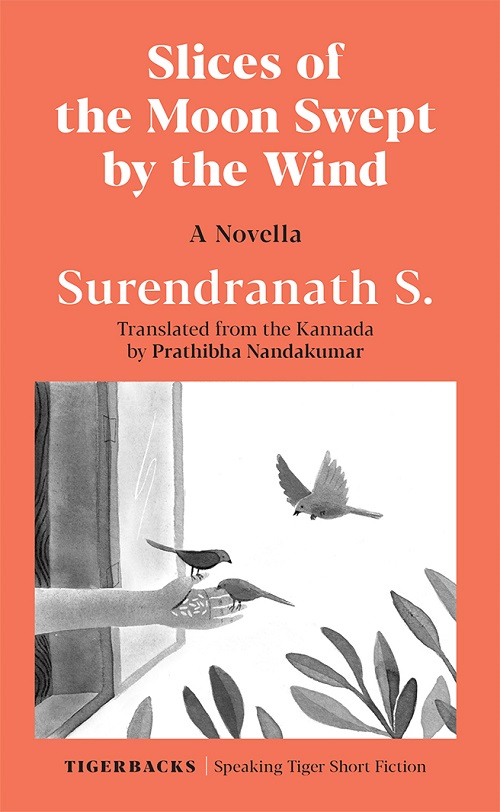 Slices of the Moon Swept by the Wind

I am not like others. I know that. But I do eat like others. And sleep like them. I also cry…But I will not tell you how I look. It’s for you to imagine any which way you want to. Whatever your imagination is, I look worse than that.‘

So says the little boy who is writing this story, an intelligent, sensitive mind trapped in a tragically misshapen body. He writes about the world outside, seen from the window of his room: a Muharram procession in which a man with green eyes turns to smile at him; birds that perch on the windowsill like friends; boys who call him ‘monkey’ and hold out peanuts… And he writes about the world inside: Appa, who harbours a dream that his son will one day go to school, even as he battles his demons at night; Doddakka, his elder sister, who could never get married; Sannakka, his middle sister, who will only accept a suitor who accepts her little brother; Amma, who sells her gold to pay her husband’s debts; Hosakka, whom he had given up for dead till she mysteriously reappeared; Anna, his elder brother, who defies his father’s wrath to forge a perilous path… Only Tangi, his baby sister, brings some light into the house with her smile.

In a dysfunctional universe, it begins to seem that the only ‘normal’ person is the boy, wise beyond his years.

First published in Kannada, Slices of the Moon is an immensely moving glimpse into the mind and heart of a special child.