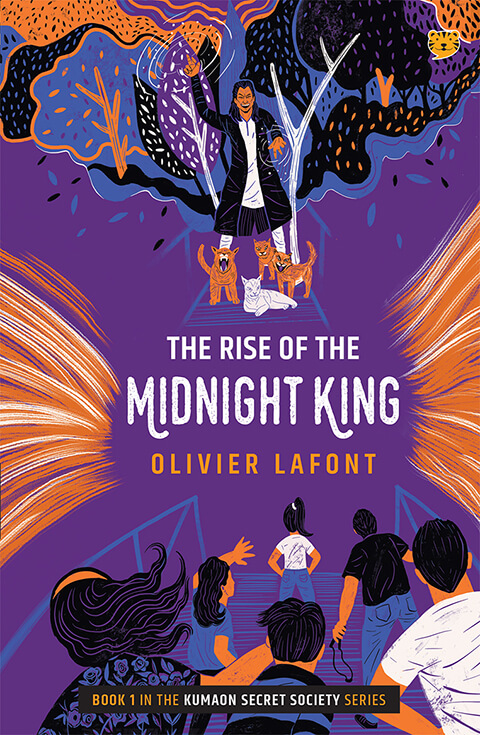 The Rise of the Midnight King

Every summer, twins Shari and Tal Kandhari, sisters Iti and Trikaya Pillai, and Safir Idris holiday in Devagarh, a village high in the hills of Kumaon. Here, they’ve set up the Kumaon Secret Society, or the KSS. This summer they have a new member: the mysterious Isaac Shroff. Also back in Devagarh is Mesmerizing Mister Mer, the strange and cruel magician whose appearance has timed perfectly with the disappearance of all cats from the village. As the KSS sets out in search of the cats, it reaches the forbidden village of Yakshagarh, where a whole new world slowly reveals itself to them. In this world there are cat-hungry rakshasas, warrior statues, yakshas and devas, and a shadowy Midnight King—all guardians of the two villages. But Mister Mer is determined to invoke spells best left unsaid and gain untold powers that will forever destroy the peace not only of the villages and the hills, but the entire world. Can the members of the KSS discover their hidden superpowers in time and foil Mister Mer’s diabolical plans? The Rise of the Midnight King is an edgy, action-packed fantasy—full of wit and high adventure—that will enthral and captivate readers of all ages.