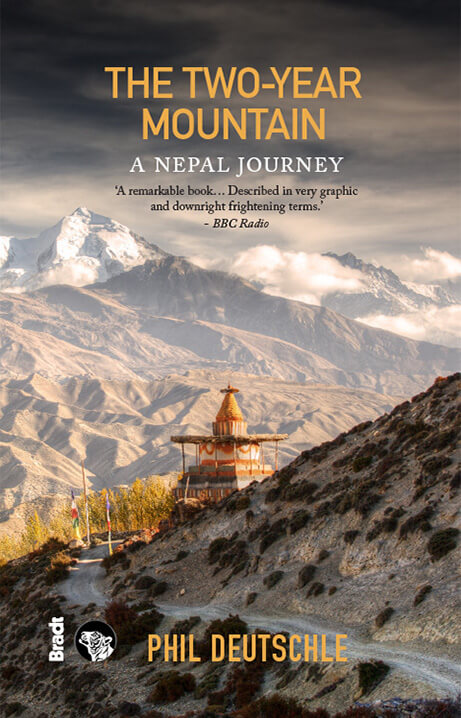 With his life in the balance as he hangs from a rope—alone, high in the Himalayas—a young idealist relives his relentless struggle as a Peace Corps volunteer in a remote village in Nepal. When Phil Deutschle sets out for Nepal, he’s naively unaware of the ordeals he will face—striving to teach in the Nepali language, suffering from debilitating disease, painfully adapting to a foreign culture—but imperceptibly, over two years, he grows so attached to the village that he ultimately leaves it in tears. Following the alienation of his departure, he sets off on a reckless, solo climb of Mount Pharchamo, hardly caring whether he survives. Now, thirty-four years later, Deutschle returns to his village, intent on learning the fate of his family and his students in the wake of Nepal’s bloody Maoist civil war. Vividly written and deeply felt, The Two Year-Mountain combines adventure, travel and autobiography with rare skill.