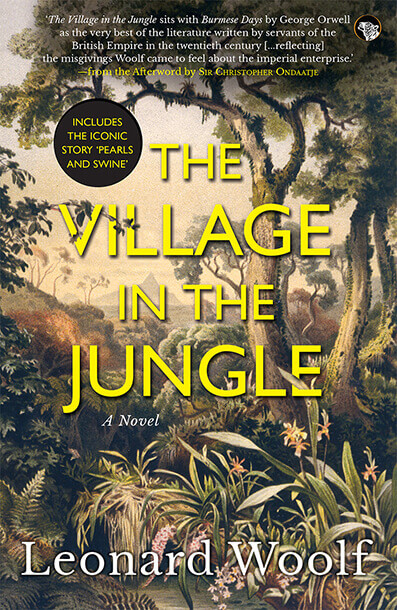 The Village in the Jungle

‘The Village in the Jungle sits with Burmese Days by George Orwell as the very best of the literature written by servants of the British Empire in the twentieth century […reflecting] the misgivings Woolf came to feel about the imperial enterprise.’

—from the Afterword by Sir Christopher Ondaatje

Leonard Woolf, husband of Virginia Woolf, the celebrated author, drew on his own experiences as a colonial civil servant in Ceylon to write this ground-breaking book. It is one of the best-loved and best-known stories in Sri Lanka, even today. The Village in the Jungle describes the lives of a poor family in a tiny isolated village as they struggle to survive. Apart from the problems of poverty, disease, superstition and the pitfalls of the jungle itself, they must contend with an unsympathetic colonial system and the corruption it engenders. The head of the family is a hunter, Silindu, with two daughters. Their lives are shattered when a licentious trader comes to the village and convinces the headman to frame the elder daughter’s husband and send him to prison. Although Silindu tries to intervene, he is put on trial for murder in an English-speaking court where he has no voice.

This volume includes a short story, ‘Pearls and Swine’, which vividly draws on Woolf’s own experiences as a young District Commissioner, as well as a new biographical afterword by Sir Christopher Ondaatje, author of Woolf in Ceylon. Packed with first-hand knowledge of the colonial machine, The Village in the Jungle accurately depicts its profound disregard for its subject peoples.