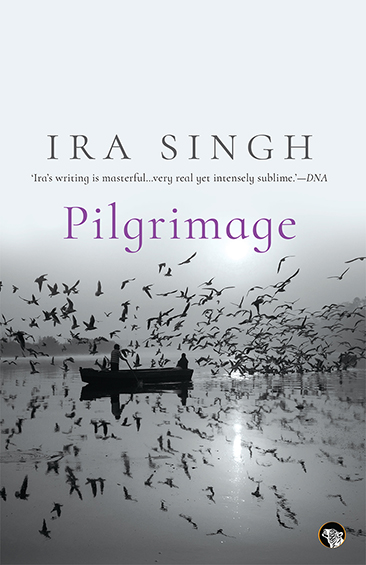 From early to middle age, Pilgrimage tells the story of Monica—Mona at home—over three defining, pivotal events in her life. In the opening section, set in contemporary times, Monica, now a woman with a penchant for causes and sympathy for the dispossessed and the underdog, is stranded on a highway, surrounded and stalled by aggressive kanwariyas marching to the Ganga, even as her father struggles for life in the ambulance they are travelling on. Then, going back in time, the novel unearths two incidents which made the girl the woman she has become. ‘Punishment’ finds Mona stepping into adolescence in a small town in north India in the 1980s, becoming aware of her body and its possibilities for the first time, the norms and attitudes which seek to control it, and the ways in which she can subvert them. But when her mother catches Mona spying on a rooftop homosexual encounter, everything changes. And the in-between story, ‘Transgressions’, follows Monica as a young scholar of Delhi University in the 1990s—having rejected the demands of home and parents—conducting research on the psychology of drug-addicts, and a doomed, intense love affair with Ajay, a heroin junkie.

Evocative, precise and spare, Pilgrimage is an extraordinary exploration of one life negotiating family, sex, love—and the illusion of home. It is also the story of middle-class India and its dysfunctions, its casual bigotry and paralysing insecurities.