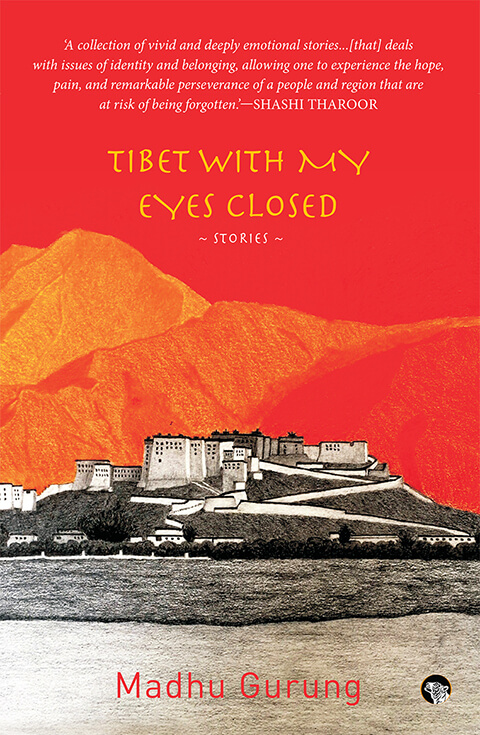 Tibet with My Eyes Closed

In this collection of short stories, heart-breaking and heart-warming in equal measure, the lives of displaced Tibetans building new homes in India are chronicled with rare nuance. The eleven stories are divided into the five colours of the Tibetan prayer flag: in Blue (Sky), ‘Zinda’ is the name of the Tibetan village which a child has to escape after Chinese occupation, returning only as a young man to this unfamiliar motherland after a bittersweet surprise. Mariko, the former monk protagonist in White (Air), shatters expectations by becoming a beauty icon and dancer. ‘In the Footsteps of Buddha’s Warriors’ from Red (Fire) tells the story of the Chushi Gangdruk, the forgotten Tibetan guerrilla group which fought bravely from Nepal for an independence which never arrived.

Madhu Gurung writes evocatively and with deep empathy about the Tibetan community’s struggles and success, despair and hope, and the fabric of family and identity that stretches and dissolves and knits itself back in new configurations.