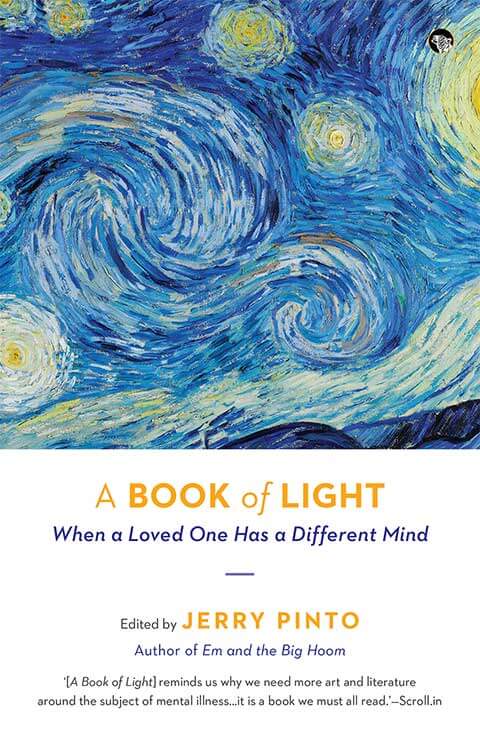 A Book of Light

‘The shameful thing that we usually keep in darkness becomes the light-bearer here. The tone of the narrators, in response to mental illness in the family, ranges from wistful, guilt-laced elegy…to half-comic catharsis… Even when the comedy is black, it sheds a cheery light.’—The Indian Express

‘The narrators of these pieces…tell you how an “abnormality” can complicate relationships and plant the seeds of both love and hate. They shock you with confessions that are rarely spoken out loud. It takes courage to write these stories.’—Hindustan Times

In 2012, Jerry Pinto published his debut novel, Em and the Big Hoom, which drew upon his experience of living with a mother who was bipolar. It touched thousands of readers, among them many who also had a loved one afflicted with a mental illness or infirmity. Some of these readers shared their stories with Jerry, and agreed to share them with the world. A Book of Light collects these harrowing yet moving, even empowering, stories—about the fragility and immense strength of the human mind; the bleakness and unexpected grace of life; the terror and majesty of love. It has now become a book that many people with psychological challenges, and their friends and family, turn to for insight and solace—and to feel less invisible and alone.