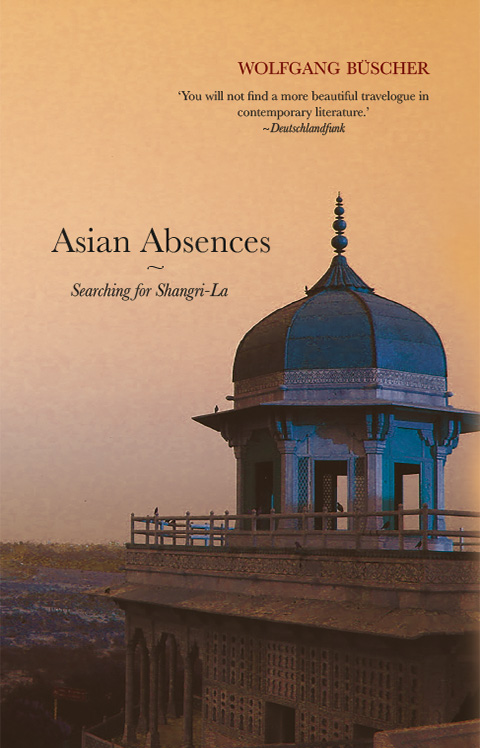 Asian Absences is the contemplative and lyrical narrative of Wolfgang Buscher’s travels across India, Singapore, Nepal, Cambodia and Japan. While in India, he visits an opulent palace and a fever forces him to take refuge in an abandoned hospital for lepers. Later, he embarks on an industrial oil tanker sailing from Dubai to Singapore. On a stormy day, a rickety boat takes him from Thailand to Phnom Penh. In Kathmandu, he joins a group of shamans on their way to the annual sacrificial feast on a mountaintop. He then examines the ‘beautifully odd’ curiosities of Tokyo’s metropolis, before arriving at his final destination, the elusive and mythical city of Shangri-La. Buscher vividly captures the conflicting emotional and intellectual responses of a stranger in distant lands, evoking both the exotic wonder and threatening otherness of unfamiliar cultures, that repeatedly challenge mythic assumptions about the East.

Asian Absences is a subtle and compelling investigation into the perils and rewards of leaving one’s comfort zone and journeying to unknown lands. By evading simple conclusions, Buscher impels the reader on a journey of enlightenment that is both troubling and beautiful.