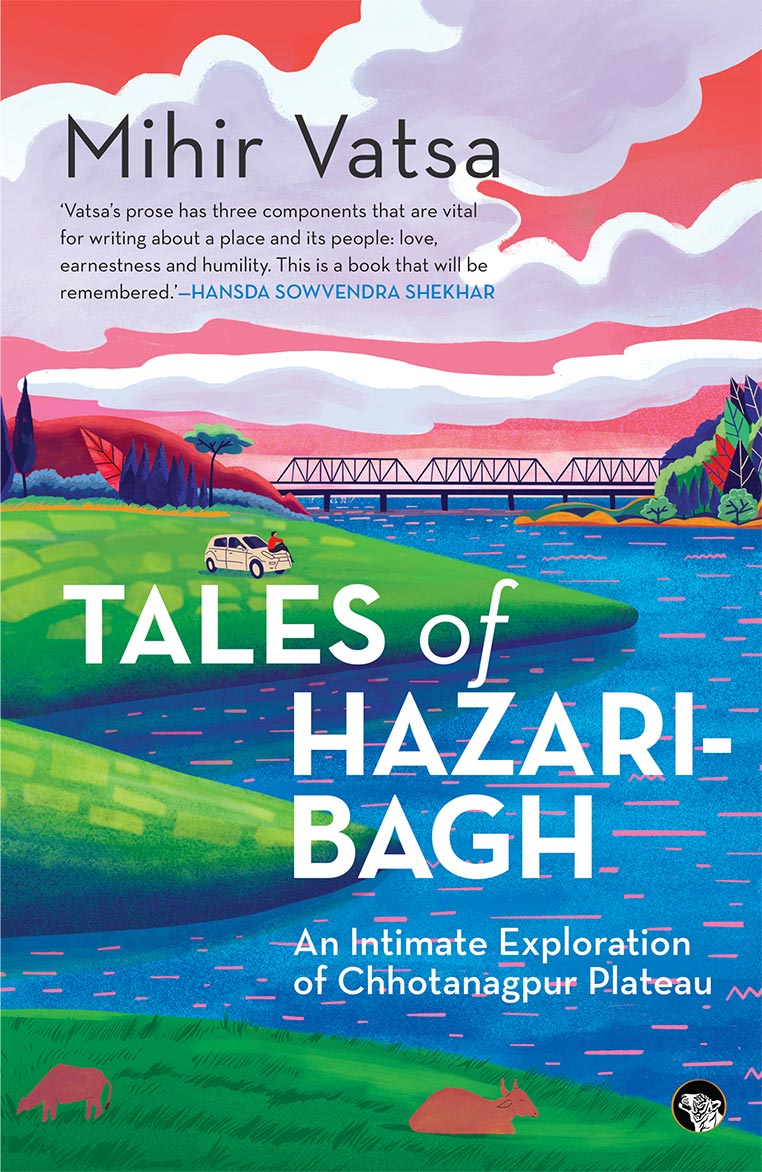 In January 2017, Mihir Vatsa, a young poet, gives up his life in the big city and moves back home to Hazaribagh, a small town on Jharkhand’s Chhotanagpur Plateau. Battling depression and uncertainty, he is seeking a ‘sanatorium’ amidst the sal trees and the temperate climes of home—just like the British soldiers and Bengali settlers and visitors before him.

Rejuvenated by the fresh air and lush landscape of his childhood, he spends the next three years exploring local landmarks and their fascinating history, and the deep, wondrous escarpments, the secret waterfalls and serpentine rivers of the plateau. Travelling partly on foot and partly in his trusted Alto, he encounters trees destined for death and waterfalls ravaged by mining; passes through Surajkund—the country’s hottest geological wonder—and Karanpura Valley—home to prehistoric humans ten millennia ago; and takes selfies with emus.

In between, he wonders what makes a landscape beautiful and how language shapes such notions; muses on the arbitrary boundaries of administration and government which, try as they might, cannot tame rivers and hills; and plumbs the archives of previous residents of the plateau and his own memory to understand his love of home. With empathy and in unhurried prose, Tales of Hazaribagh combines the best of nature, life, history and travel writing into an unforgettable portrait of a place and a journey back to one’s self.

[R]ead this book and enjoy a new form of non-chauvinistic, deeply immersive writing. Find a place in India that is neither too beautiful nor to popular, but is always interesting.