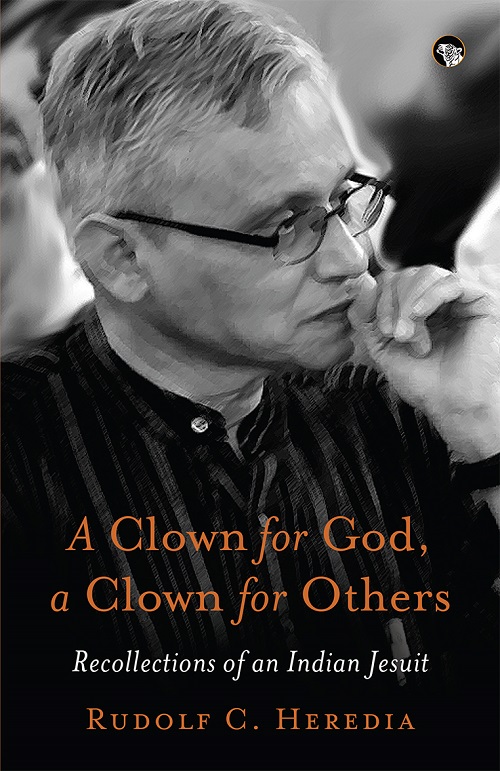 A Clown for God, a Clown for Others: Recollections of an Indian Jesuit

‘When [my father] realized this was something I had to decide and try out myself…he finally said: “Well then, become a clown if you must; only be the best Jesuit clown in the world.”‘

When, at nineteen, Rudolf Heredia—one of India’s foremost Jesuit scholars—decided to join the priesthood, it came as a shock to everybody around him. His mother mourned as though she had lost her son, while his father tried to be understanding. That Heredia would be leaving his large Goan clan that had loved and cherished him despite the mischief and mayhem he created through his growing up years in Mumbai, was reluctantly accepted. And thus, in June 1960, he began his long and arduous spiritual journey, one in which he found meaning through academia and research.

In this insightful and engaging memoir, Heredia recounts his life story, from being a restless college student who almost joined the Communist Party of India to joining the Jesuits and immersing himself in academia. Like the jester in a king’s court, he stood by the sidelines of the Church, unafraid to ask questions, provoking students and superiors, always graceful. Through his teaching and research career at St Xavier’s College—his alma mater—and the Indian Social Institute, he inspired young minds and aided the upliftment of marginalized communities in the country, such as the Kathkari and Warli people of Maharashtra.

A Clown for God, a Clown for Others is the story of a life led with conviction and faith, grace and wit.