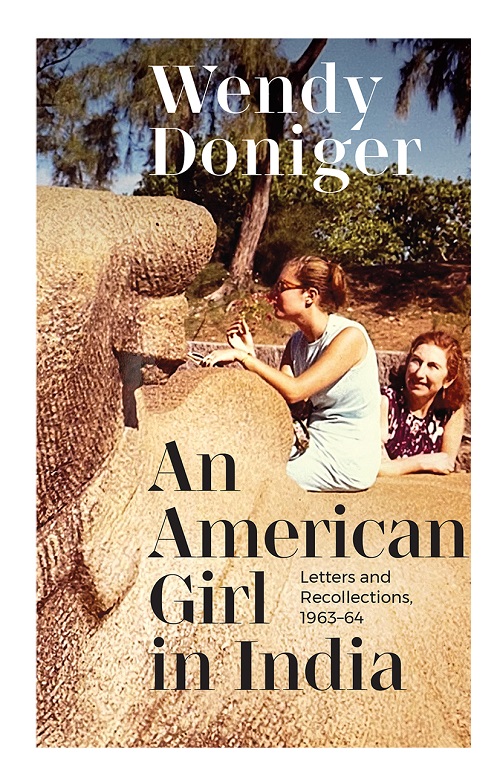 An American Girl in India: Letters and Recollections, 1963-64

I think I know one of the reasons why everything in Bengal looks so magnificently beautiful. There is something unique and queer about the light. To begin with, everything is green, different shades of green ranging from forest green (in the forests, of course) to a bright goldy green that I have never seen anywhere else. And the air is warm and moist, so that everything looks very far away and blurry, and story-bookish, something like the backgrounds in Renaissance portraits.

Twenty-two-year-old Wendy Doniger of Great Neck, Long Island, NY arrived in Calcutta in August 1963, on a scholarship to study Sanskrit and Bengali. It was her first visit to the country whose history and culture she was deeply interested in. Over the coming year—a lot of it spent in Tagore’s Shantiniketan—she would fall completely in love with the place she had till then known only through books.

The India she describes in her letters back home to her parents is young, like her, still finding its feet, and learning to come to terms with the violence of Partition. But it is also a mature civilization, which allows Vishnu to be depicted on the walls in a temple to Shiva; a culture of contradictions, where extreme eroticism is tied to extreme chastity; and a land of charming absurdities, where sociable station masters don’t let train schedules come in the way of hospitality. The country comes alive though her vivid prose, introspective yet playful, and her excitement is on full display whether she is writing of the paradoxes of Indian life, the picturesque countryside, the peculiarities of Indian languages, or simply the mechanics of a temple ritual that she doesn’t understand. And amid her studies she manages to travel, north to the Mughal forts and south to the ancient temples, and make new friends—everyday people, like the feisty Chanchal from Lahore, and Mishtuni, the affable and artistic young woman from Shantiniketan; as well as some very famous ones—including the legendary painter Jamini Roy and the great sarod maestro Ali Akbar Khan.

Those who have read and admired Wendy Doniger will be delighted to find much of her later work anticipated in these letters and memories, and the few who haven’t will get to see, through the eyes of a sensitive, sharp-eyed and witty young scholar, India as they have rarely seen it before.