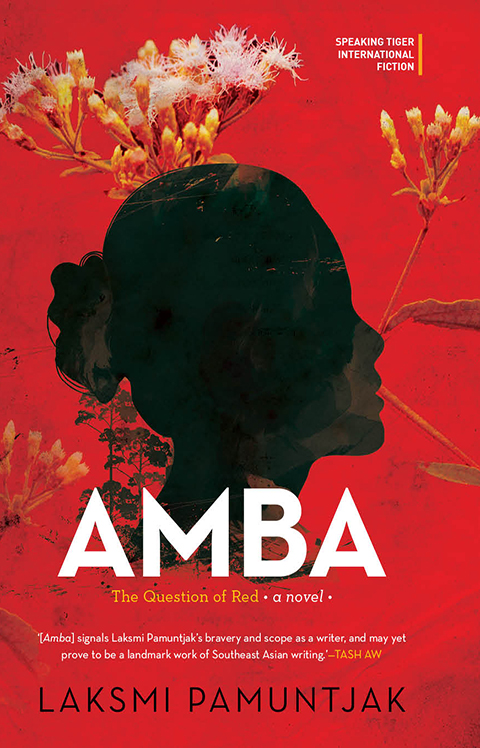 ‘[Amba] signals Laksmi Pamuntjak’s bravery and scope as a writer, and may yet prove to be a landmark work of Southeast Asian writing.’—Tash Aw, author of Five Star Billionaire and The Harmony Silk Factory Myth

Named after a tragic figure in Indonesia’s and India’s shared mythology, Amba spends her lifetime trying to invent a story she can call her own. When she meets two suitors who fit perfectly into her namesake’s myth, Amba cannot help but feel that fate is teasing her. Salwa, respectful to a fault, pledges to honour and protect her, no matter what. Bhisma, a sophisticated European-trained doctor, offers her sensual pleasures and a world of ideas. In this devastating novel of love and redemption, empathy and forgiveness, Amba, Bhisma and Salwa attempt to undo the ancient legend of the Mahabharata—that timeless allegory of war within a family—with tragic consequences, as the story moves from rural Java to Europe and to the prison camps of Buru Island, where approximately 12,000 alleged communists were incarcerated without trial during the Suharto dictatorship.

Through its memorable cast of characters—each of them a metaphor for the vast diversity that is Indonesia—the novel asks us not to see history in terms of ‘black’ and ‘white’, ‘good’ and ‘evil’, but highlights, instead, the grey zones of human existence and the human spirit. It also shows us ways in which men and women often attain their highest humanity at the point of destruction.