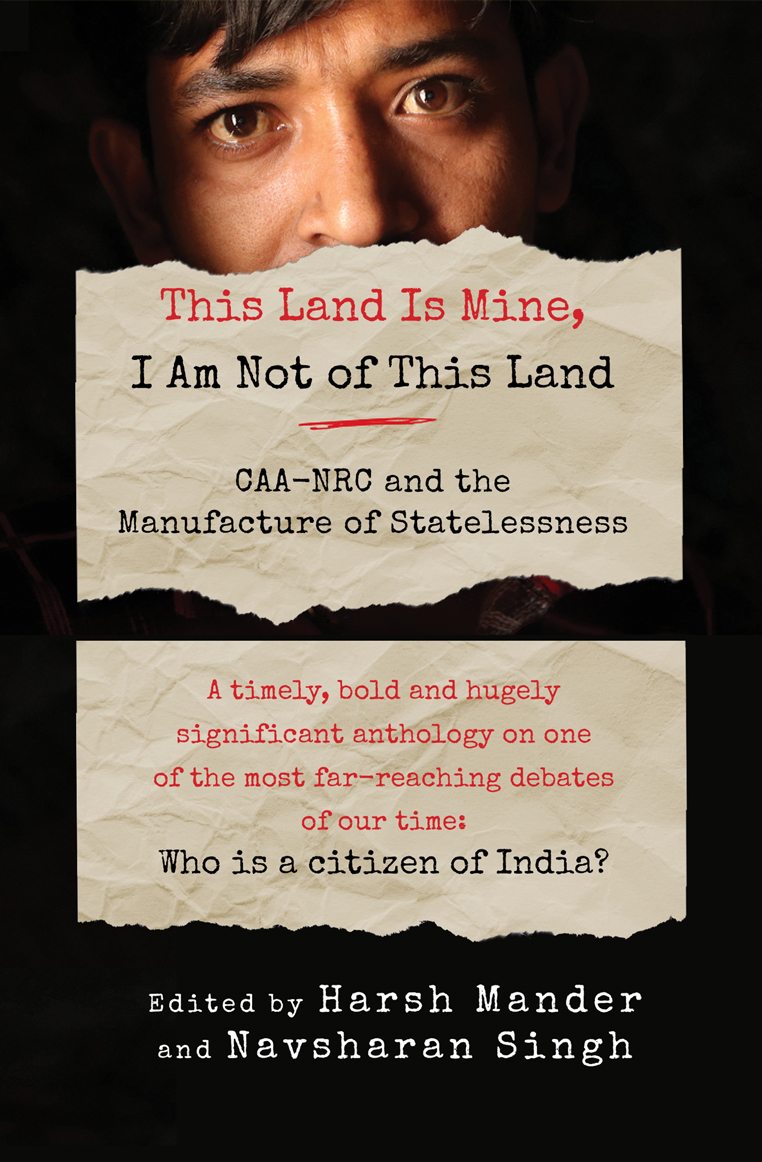 This Land Is Mine, I Am Not of This Land

The Citizenship Amendment Act (CAA), passed by the Parliament of India in December 2019, promises citizenship to migrants of the ‘Hindu, Sikh, Buddhist, Jain, Parsi or Christian community from Afghanistan, Bangladesh or Pakistan’. By excluding Muslims from the list and not extending the promise to refugees from any of India’s non-Muslim-majority neighbours, the CAA makes religion the basis of citizenship for the first time in the history of the Republic. Many fear that this Act, coupled with a countrywide National Register of Citizens (NRC), will eventually be used to disenfranchise India’s Muslims, or to trap them in a permanent state of fear and insecurity, which has been the fate of millions of Bengali-origin Muslims of Assam.

This Land Is Mine, I Am Not of This Land brings together a comprehensive selection of essays that deal with the theoretical, political and subjective aspects of this issue. The first section traces the evolution of citizenship in India. The following section deals with the peculiar case of Assam. Covered here are the bureaucratic travesties unleashed in the name of protecting the state from ‘external aggression’ as well as their sobering human cost. The concluding sections expose the superfluousness of the National Population Register (NPR), and pose serious questions on the constitutionality of the CAA.

The book argues that with a key value like citizenship in question, it is not just the destinies of India’s citizens but the very democratic foundation of the Republic that is at stake.