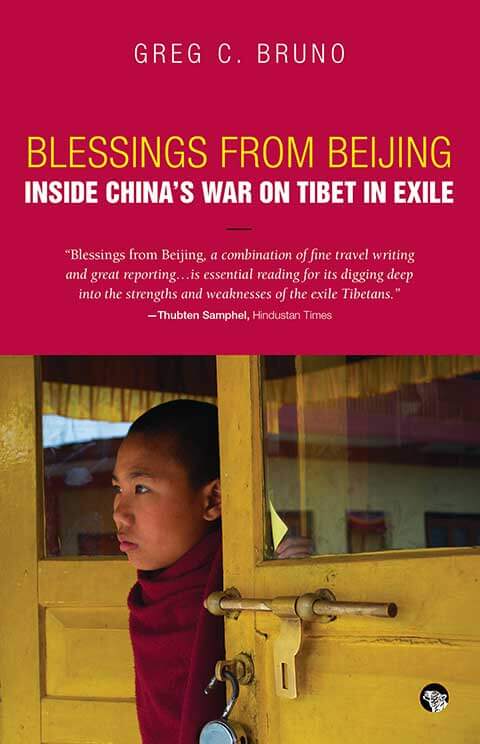 ‘Blessings from Beijing, a combination of fine travel writing and great reporting…is essential reading for its digging deep into the strengths and weaknesses of the exile Tibetans.’—Thubten Samphel, Hindustan Times

‘It is difficult to pigeon-hole [No Path in Darjeeling is Straight] into a neat genre: it is not only a memoir, or a history, or natural history, or anecdote—it is everything at once, and more.’—Business Standard

‘In May 2012, three years after our meeting, the Dalai Lama publicly accused China of sending Tibetan agents to his doorstep not only to snoop, but to poison… The allegation brought a swift Chinese denial… But the episode did prompt the inevitable question: Just what was China capable of?’

Sixty years after China’s 1959 invasion of Tibet—and the subsequent creation of the Tibetan exile community—the question of the diaspora’s survival looms large. Beijing’s foreign policy has grown more adventurous, particularly since the post-Olympic expansion of 2008. As the pressure mounts, Tibetan refugee families that have made their homes outside China—in the mountains and jungles of India and Nepal, or the cold concrete houses high above the Dalai Lama’s monastery in Dharamsala—are migrating once again.

Blessings from Beijing untangles the chains that tie Tibetans to China and examines the political, social, and economic pressures that are threatening to destroy Tibet’s refugee communities. Journalist Greg Bruno, who has spent nearly two decades living and working in Tibetan areas, journeys to the front lines of this fight: to the high Himalayas of Nepal, where Chinese agents pay off Nepali villagers to inform on Tibetan asylum seekers; to the monasteries of southern India, where pro-China monks wish the Dalai Lama dead; to Asia’s meditation caves, where lost souls ponder the fine line between love and war; and to the streets of New York City, where the next generation of refugees strategizes about how to survive China’s relentless assault. But Bruno’s reporting does not stop at well-worn tales of Chinese meddling and political intervention. It goes beyond them—and within them—to explore how China’s strategy is changing the Tibetan exile community forever.