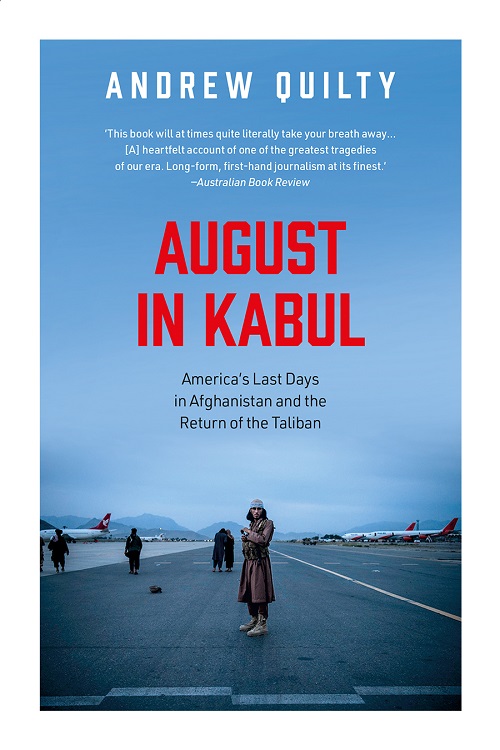 As night fell on 15 August 2021, the Taliban swept into Kabul, capital of Afghanistan. After a twenty-year conflict with the United States, its Western allies and a proxy Afghan government, the Islamic militant group once aligned with al Qaeda was about to bury yet another foreign foe in the graveyard of empires. And for the US, the superpower, this was yet another foreign disaster. As cities and towns fell to the Taliban in rapid succession, Western troops and embassy staff scrambled to flee a country of which its government had lost control. To the world, Kabul in 2021 looked like Saigon in 1975.

August in Kabul is the story of how America’s longest mission came to an abrupt and chaotic end, told through the eyes of Afghans whose lives were turned upside down: a young woman who dreams of a university education but whose family now want to give her up to the Taliban in exchange for security; a presidential staffer who works desperately to hold things together as the government collapses around him; a prisoner in the notorious Bagram Prison who suddenly finds himself free when prison guards abandon their post. Andrew Quilty was one of a handful of foreign journalists who stayed in Kabul as the city fell. This remarkable book is his first-hand account of those dramatic final days.