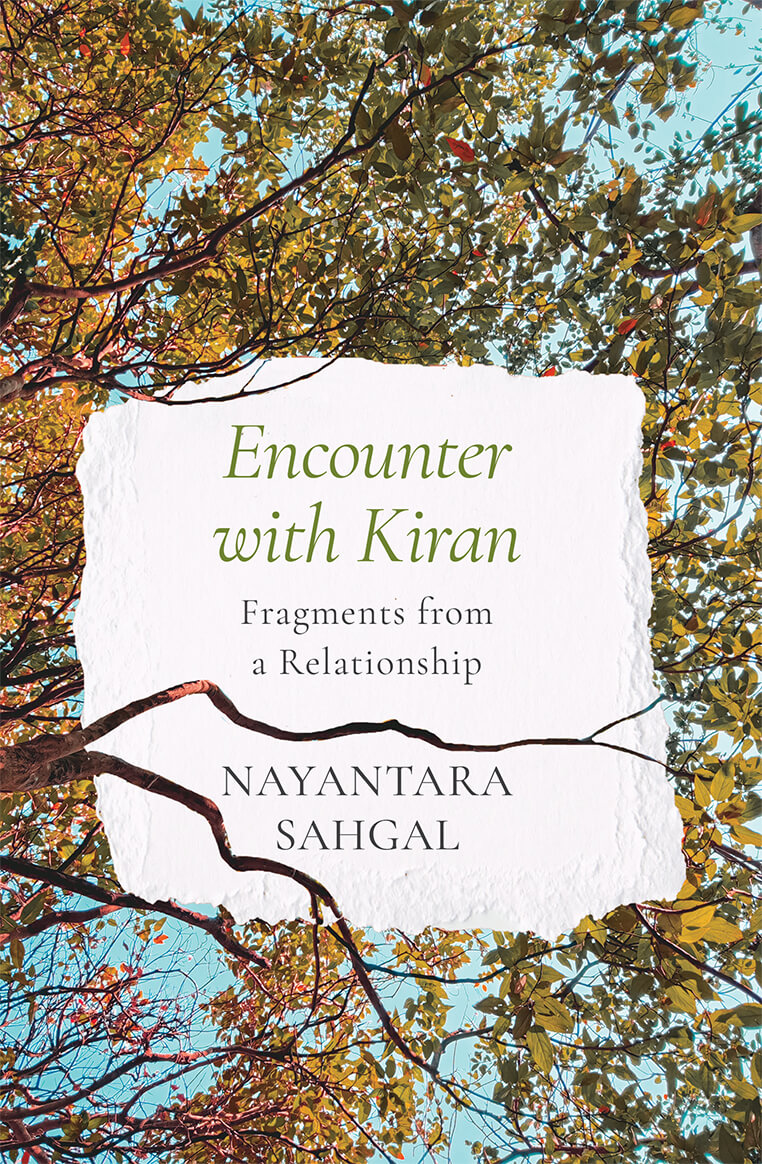 Encounter With Kiran: Fragments From a Relationship

When they first met in 2002 at a literary festival, Nayantara Sahgal was a veteran of more than twenty books; her debut work, the memoir Prison and Chocolate Cake, was published in 1954. Kiran Nagarkar had published his first novel, Saat Sakkam Trechalis, in Marathi in 1974, and his first work in English, Ravan and Eddie, twenty years later. Sparks didn’t fly at that first encounter. It was only in 2014, when Nagarkar wrote to Sahgal about Mistaken Identity and other books of hers that he had read, that she invited him to lunch at her home in Dehradun and thus began a correspondence that lasted until Nagarkar’s death in 2019.

As they discussed each other’s work, their almost daily exchange of emails grew into a sharing of concerns: Nagarkar’s chronic ill-health, Sahgal’s grief on the death of her 23-year-old grandson, Zum, and through it all, their distress at the rise of violent majoritarianism and the loss of democratic ideals in their beloved country.

Emails don’t, observes Sahgal, have the prestige of letters, but they have an immediacy that letters can’t have. Our mails made for the sense of a presence nearby with whom it became natural to share views, feelings and daily doings. United by their love of books and their politics, separated by distance, Nagarkar in Mumbai, Sahgal in Dehradun, this immediacy was the key to a friendship that remains an enigma to an outsider. For Sahgal, the emotions appear to be those of a friend, albeit a close and loving one. For Nagarkar, 72 to Sahgal’s 87 when the correspondence began, the feelings run deeper; he misses her constantly, and proclaims his love.

This collection of mails is a rare and poignant document, an intimate glimpse into the life and times of two extraordinary writers who drew strength from each other in their personal and political battles.