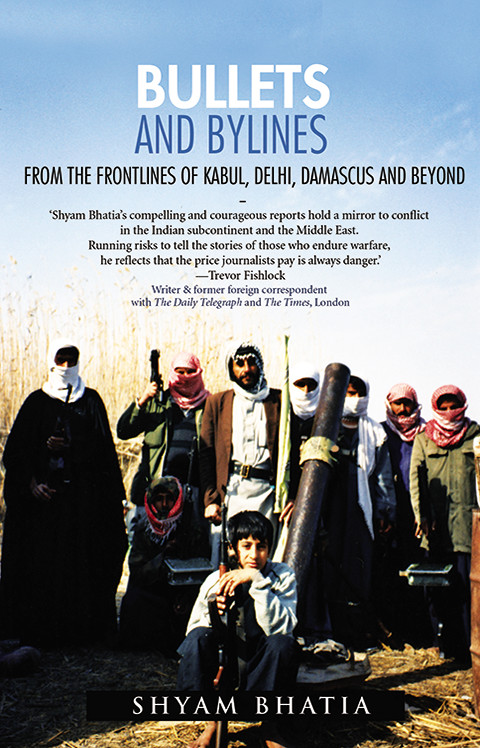 Funny, moving, revealing and heartwarming, Bullets and Bylines reads like a thriller that takes the reader behind the scenes to understand the stories behind the headlines. War reporters tend to have shorter lives than many others in the same profession of journalism, simply because they are exposed to more day-to-day risks in remote parts of the world where timely help is a prized commodity. Shyam Bhatia is one of the lucky few who has lived to recall and recount unique survival stories, including his eyewitness experience of a mini massacre on the Kabul to Kandahar highway, followed by his own detention, torture and daily threats of execution by the mujahidin. The Afghan experience was followed by an equally chilling episode in southern Sudan where Bhatia’s media convoy drove over a carefully concealed landmine, resulting in one colleague’s death and injuries to several others. In the ensuing chaos Bhatia and his friends cradled their dying friend and recited what they remembered of the last rites following his passing. Just as gripping is his account of uncovering mass murders in Delhi, breaking the story of the Israeli-Egyptian peace treaty, as well as his encounter with the besieged Marsh Arabs of Iraq that won him the Foreign Journalist of the Year award.